No785 My Paris When it Sizzles minimal movie poster 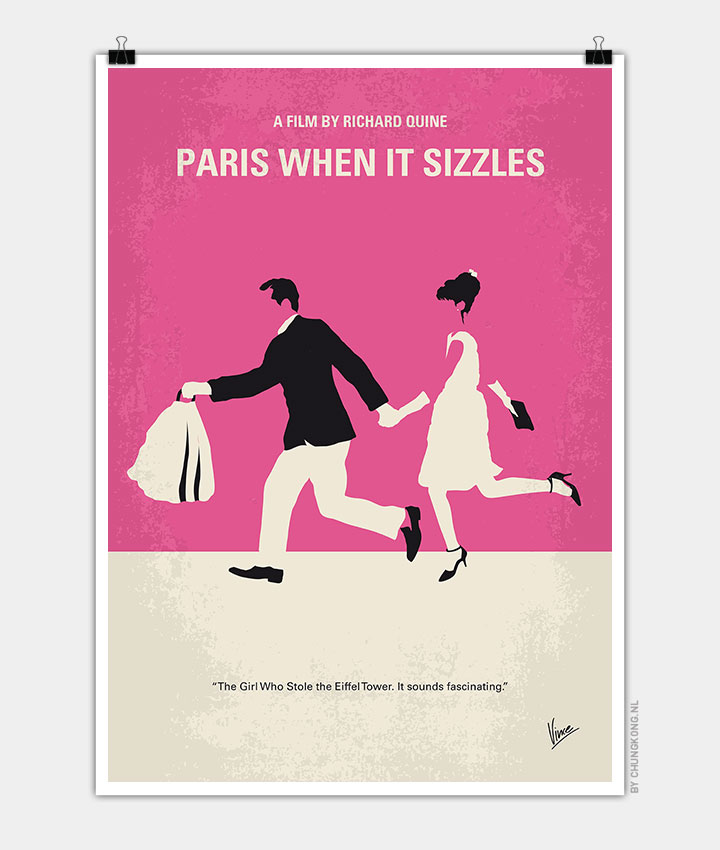 The sprightly young assistant of a Hollywood screenwriter helps him over his writer’s block by acting out his fantasies of possible plots.

Storyline
Hollywood producer Alexander Meyerheimer has hired drunken writer Richard Benson to write his latest movie. Benson has been holed up in a Paris apartment supposedly working on the script for months, but instead has spent the time living it up. Benson now has just two days to the deadline and thus hires a temporary secretary, Gabrielle Simpson, to help him complete it in time.