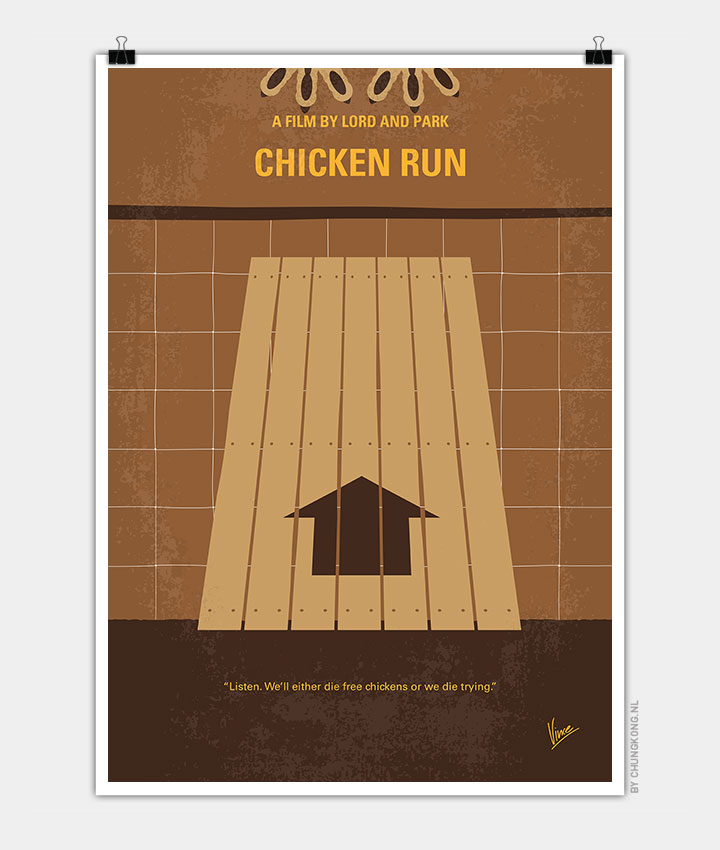 When a cockerel apparently flies into a chicken farm, the chickens see him as an opportunity to escape their evil owners.

Storyline
Ginger is one of the chickens at the Tweedy Egg Farm, who is capable of escaping (and desperately wants to) but is constantly being held back by her incompetent partners. One night, feeling failed and depressed after a chicken is axed, she wanders out to the gate, where she sees a rooster triumphantly flying through the air. After crashing and injuring his wing, Ginger takes him in and learns he’s Rocky Rhodes, a cocky American who enjoys freedom – in fact, he escaped from a circus when she found him. In exchange for protecting him when the circus arrives asking for him, Ginger makes a deal with Rocky that he will teach them to fly so they can escape. Taking advantage of the situation, Rocky woos the chicken, irritating Ginger “Doll-Face” and organizer Officer Fowler, formerly of the Royal Air Force, in the process. Meanwhile, the Tweedys have purchased a machine to make chicken pies with, intending to cook every last one of them.