No791 My Rushmore minimal movie poster 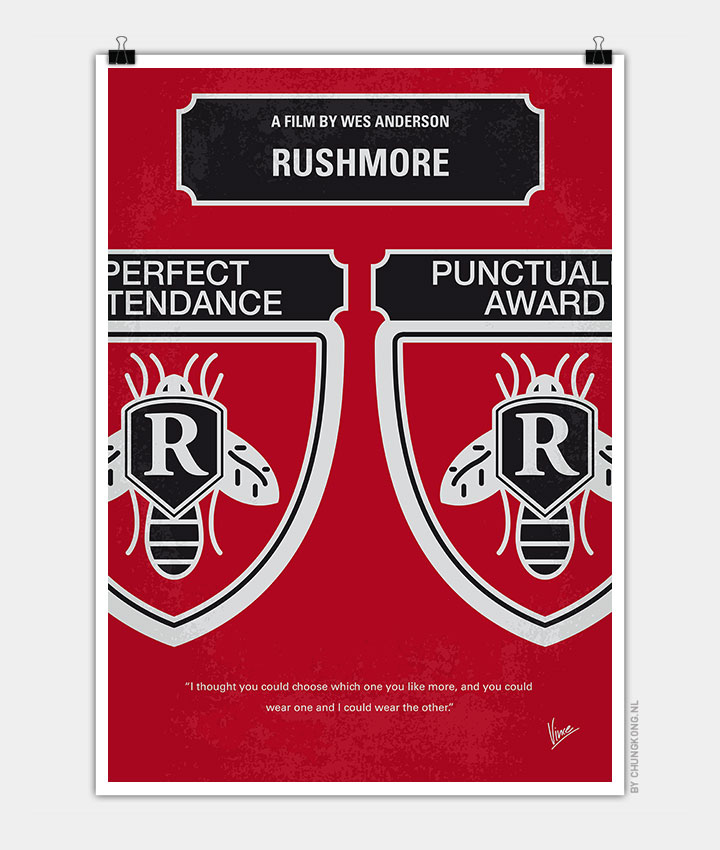 The extracurricular king of Rushmore preparatory school is put on academic probation.

Storyline
Max Fischer is a precocious 15-year-old whose reason for living is his attendance at Rushmore, a private school where he’s not doing well in any of his classes, but where he’s the king of extracurricular activities – from being in the beekeeping society to writing and producing plays, there’s very little after school he doesn’t do. His life begins to change, however, when he finds out he’s on academic probation, and when he stumbles into love with Miss Cross, a pretty teacher of the elementary school at Rushmore. Added to the mix is his friendship with Herman Blume, wealthy industrialist and father to boys who attend the school, and who also finds himself attracted to Miss Cross. Max’s fate becomes inextricably tied to this odd love triangle, and how he sets about resolving it is the story in the film.