No792 My I Want to Believe minimal movie poster 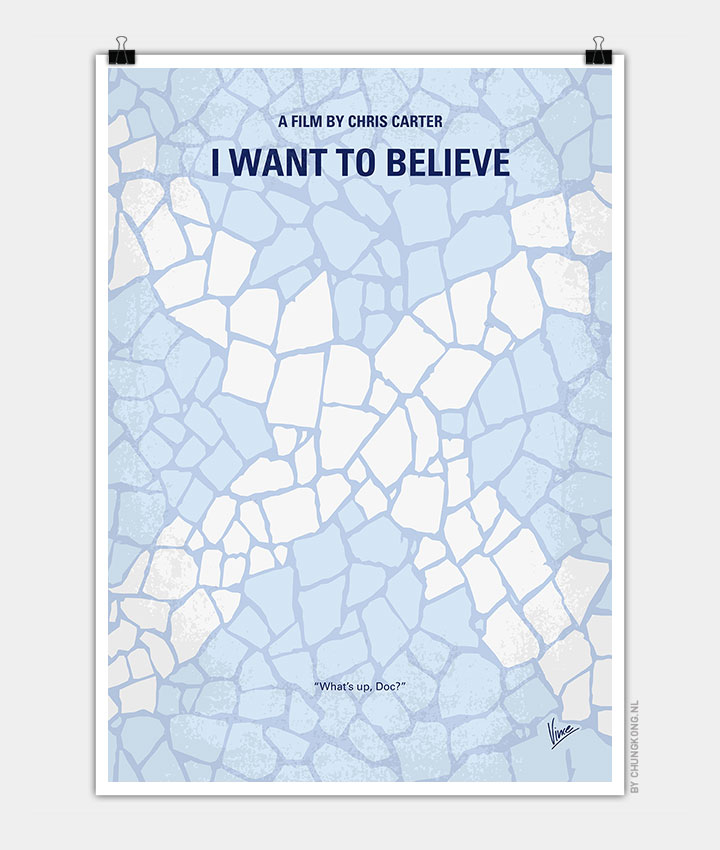 Mulder and Scully are called back to duty by the FBI when a former priest claims to be receiving psychic visions pertaining to a kidnapped agent.

Storyline
Fox Mulder and Dana Scully both worked at the FBI as partners, a bond between them that led to their becoming lovers. But now they’re out of the FBI and have begun new careers. Scully works as a staff physician at a Catholic hospital. Her focus these days is on a young boy with an incurable brain disease. Administration wants to give up on him. Scully, who feels a special bond with the boy, does not. Meanwhile, Mulder’s focus is on clipping newspaper articles, throwing pencils into his ceiling and writing about the paranormal. Scully and Mulder are brought together as partners again when a special case requires Mulder’s expertise and Scully is prevailed upon to convince him to help. The case involves a pedophile priest who claims he is having psychic visions regarding the whereabouts of a missing FBI agent.