No794 My Nightcrawler minimal movie poster 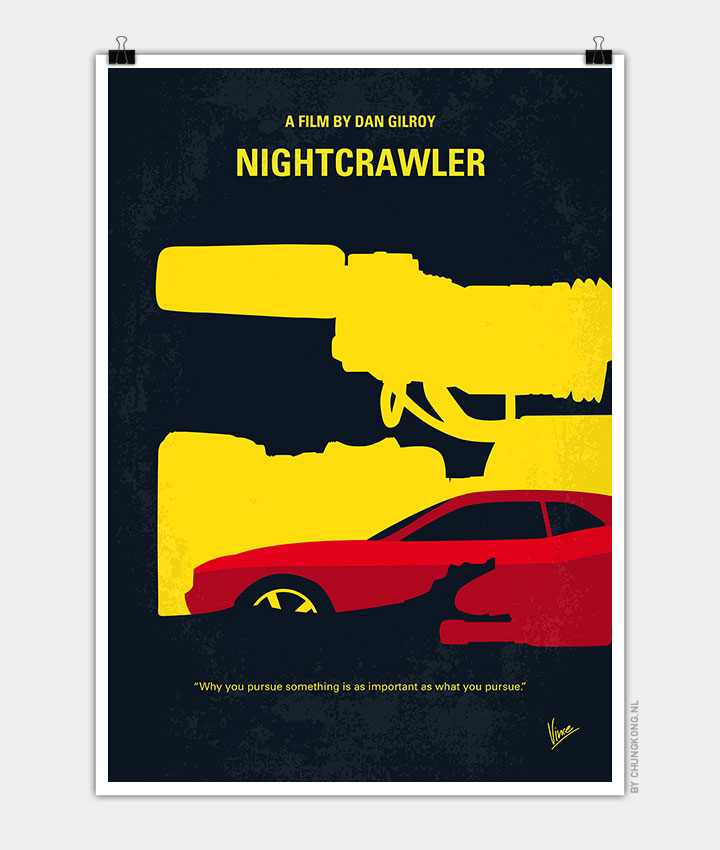 When Louis Bloom, a driven man desperate for work, muscles into the world of L.A. crime journalism, he blurs the line between observer and participant to become the star of his own story.

Storyline
Louis Bloom is something of a loner who is unemployed and ekes out a living stealing and then reselling copper wire, fencing and most anything else he can get his hands on. When late one night he comes across an accident being filmed by independent news photographer Joe Loder, he thinks he may have found something he would be good at. He acquires an inexpensive video camera and a police scanner and is soon spending his nights racing to accidents, robberies and fire scenes.

He develops a working relationship with Nina Romina, news director for a local LA TV station. As the quality of his video footage improves so does his remuneration and he hires Rick, young and unemployed, to work with him. The more successful he becomes however, the more apparent it becomes that Louis will do anything – anything – to get visuals from crime scenes.