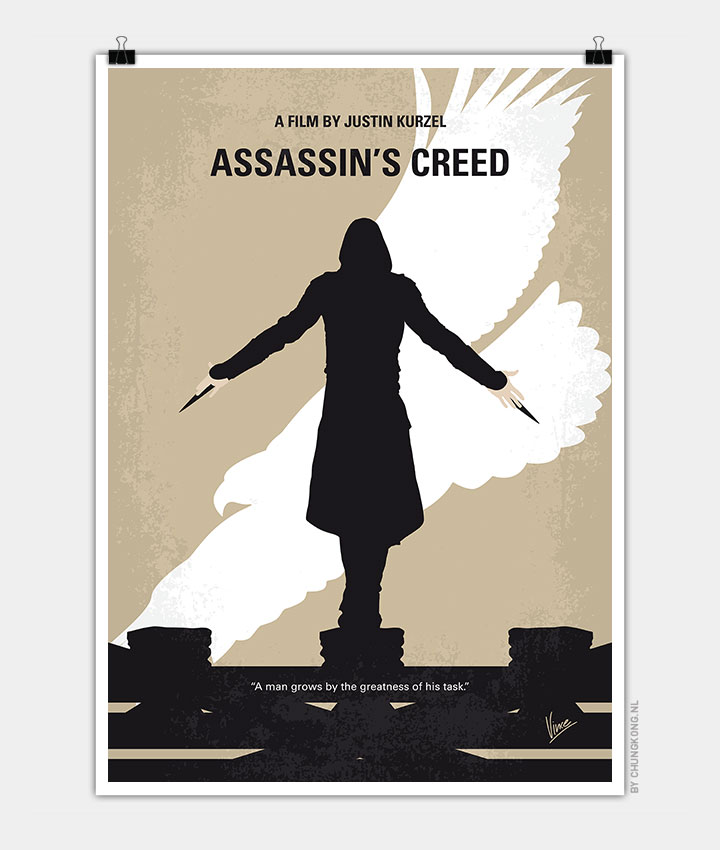 When Callum Lynch explores the memories of his ancestor Aguilar and gains the skills of a Master Assassin, he discovers he is a descendant of the secret Assassins society.

Storyline
A man named Callum Lynch is sentenced to death by lethal injection in Texas. However, the Abstergo Company fakes his death and Callum is brought to the headquarter in Madrid, Spain. Callum meets the CEO Alan Rikkin and learns that he is a descendant of members from the Assassin’s Creed, a brotherhood that protects the Apple from the Templars. The Apple is a device that contains the genetic code for free will and the Templars may dominate the humans if they find where The Apple is hidden. Callum is submitted to the Animus, a machine developed by Rikkin’s daughter Sofia to relive genetic memories and find where the Apple is. Along the experiment with the Animus, Callum meets his mother and other Assassin’s Creed and embraces their cause. But Rikkin, who is a Templar, has retrieved the Apple. What will Callum do?

Through Abstergo a company that creates a revolutionary technology that unlocks his genetic memories, Callum Lynch (Michael Fassbender) experiences the memories of his ancestor, Aguilar de Nerha (Aguilar Of Nerha), in 15th Century Spain. Callum discovers he is descended from a mysterious secret society, the Assassins and Templars, and amasses incredible knowledge and skills to take on the oppressive and powerful Templar organization in the present day.