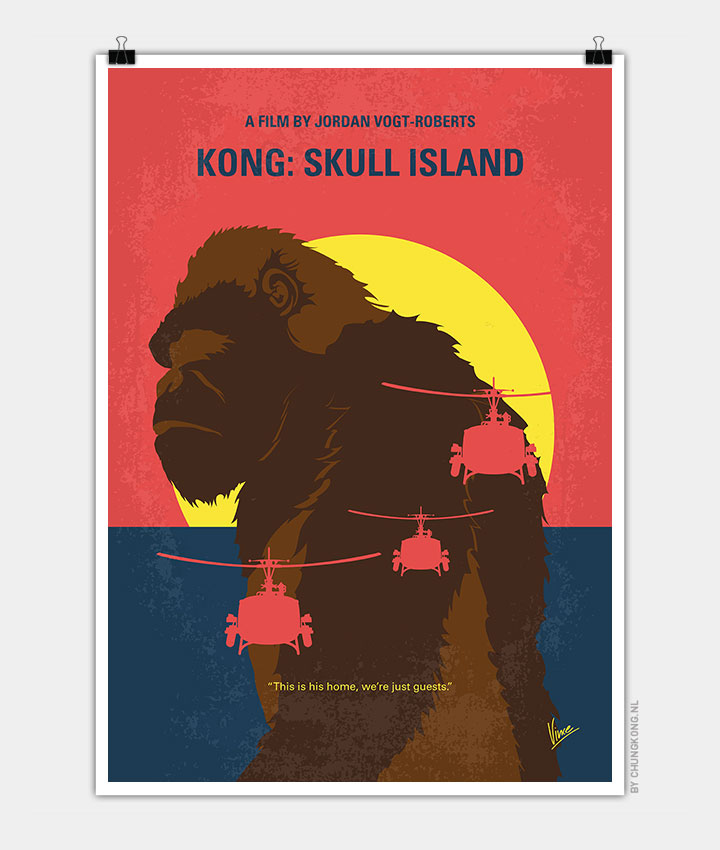 A team of scientists explore an uncharted island in the Pacific, venturing into the domain of the mighty Kong, and must fight to escape a primal Eden.

Storyline
When the Vietnam War ends, Bill Randa and his partner Houston Brooks from the Monarch organization succeed to get the financing for an expedition to the recently discovered Skull Island from Senator Willis. He hires the former Captain James Conrad to guide the expedition; a group of soldiers under the command of Colonel Preston Packard; and the awarded journalist and photographer Mason Weaver. On the arrival, the helicopters need to cross a storm and soon they drop bombs on the forest to map the seismology of the island. Soon they are attacked by a huge gorilla called Kong that destroys the helicopters and kills part of the crew and scatter the rest through the island. The group commanded by Conrad meets Hank Marlow, a survivor from the World War II that lives with a tribe of natives. He explains that Kong protects the island and the natives from underground monsters and shall not be killed. But Colonel Packard is insane seeking revenge for his men that died.