No800 My The Darjeeling Limited minimal movie poster 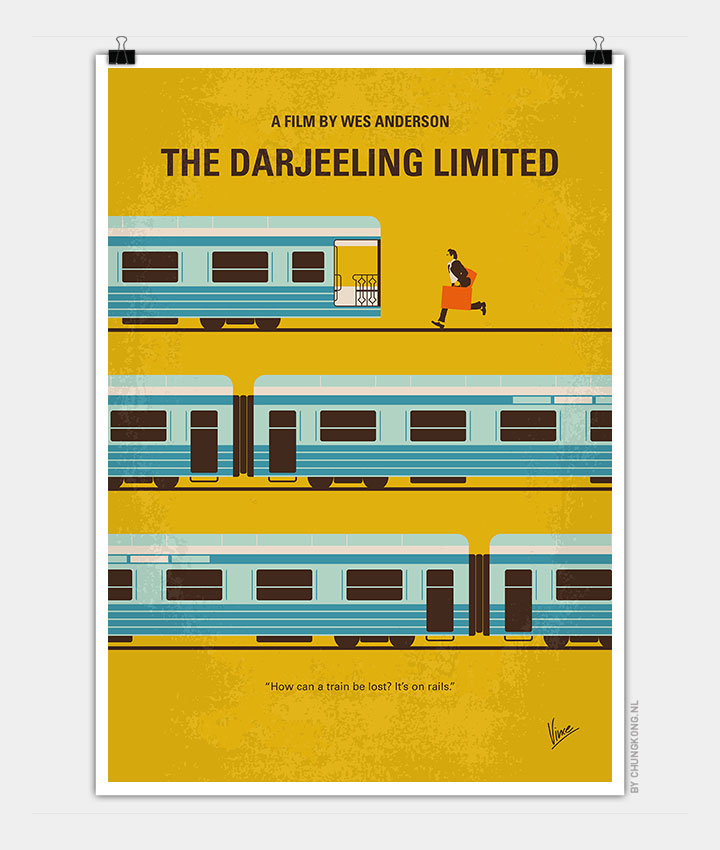 A year after their father’s funeral, three brothers travel across India by train in an attempt to bond with each other.

Storyline
Patricia Whitman lives in the U.S. along with her husband, and three sons, Francis, Peter, and Jack. All of a sudden she decides to re-locate to the foothills of the Himalayas in India. She does not return back even when her husband passes away. After their dad’s funeral, the sons do not see each other for about a year. Then Francis invites them to India so that they can go and see their mother, who is now known as Sister Patricia. Individually, the trio boards the Darjeeling Limited train in Jodhpur, aided by Francis’s assistant, Brendan, who has prepared detailed itineraries for their stay meticulously. At their first stop, they leave the train to get blessings at a Shiv Mandir, buy a snake, and Francis ends up getting an expensive shoe stolen. The snake gets lose, and they are reprimanded by the train’s guard and confined to their room, but not before Jack has an intimate sexual encounter with Rita, their stewardess. They leave at the next stop to get blessings at the Gurdwara. Then their journey is interrupted when their train is accidentally shunted to an unknown railroad track. They do resume their journey and get into a physical altercation with each other, resulting in the guard asking them to leave at the next station, Dhelana, and Brendan quits his job. The trio ends up rescuing two of three young boys, staying there overnight to attend the funeral of the one who did not survive. They resume their journey via road and make it to the Himalayas where they intend to surprise Patricia, who is living there, albeit in fear at the moment because of a large man-eating tiger on the lose nearby. But it is the brothers who will be in for a surprise when they wake up the next morning.