No803 My Passengers minimal movie poster 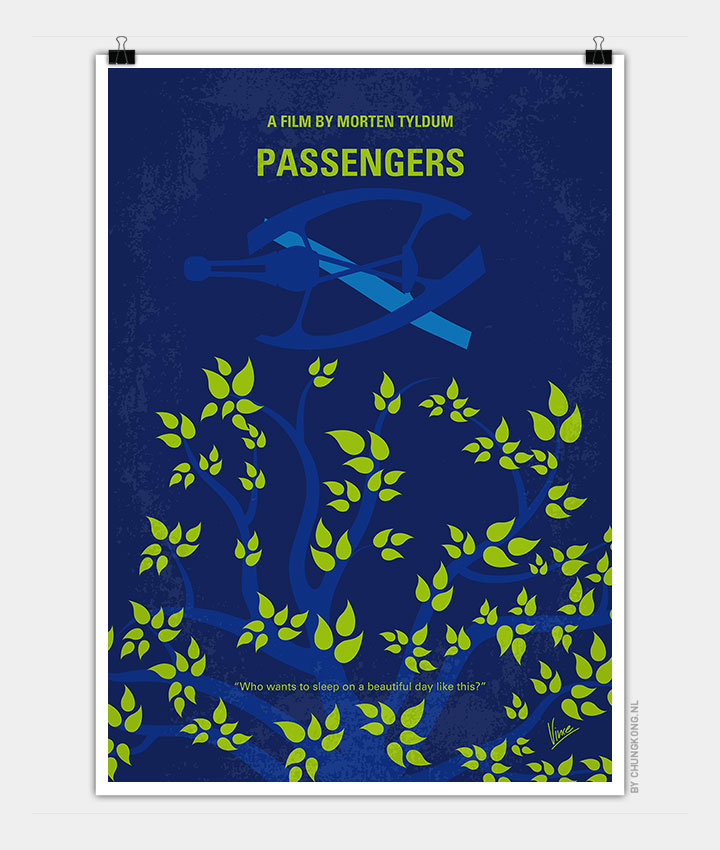 A spacecraft traveling to a distant colony planet and transporting thousands of people has a malfunction in its sleep chambers. As a result, two passengers are awakened 90 years early.

Storyline
A company offers people the opportunity to leave the Earth and live on a new colony called Homestead 2. They are being transported on a space vessel called the Avalon. The journey takes 120 years so the travelers and crew are kept in hibernation chambers while the ship flies on its own and are to be awaken just before they arrive. And when one passenger Jim Preston is awoken, he goes around the ship and sees he’s the only one awake, he discovers he woke up 90 years early. He tries to reenter his hibernation pod but can’t. He spends the next year all by himself wandering the ship. He looks at the videos of the other passengers and gets taken with Aurora Lane. He then has to decide if he should wake her up. Eventually he does and they try to make the best of their time together. But then it dawns on them that something happened to the ship that made it wake Jim up. And they try to find out what it is.