No808 My Coffee and Cigarettes minimal movie poster 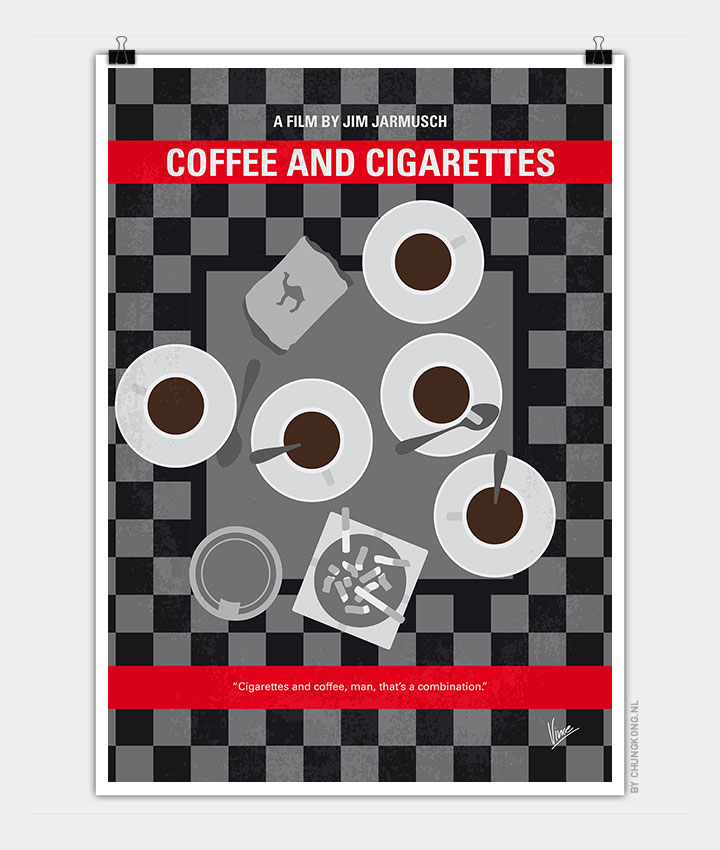 A series of vignettes that all have coffee and cigarettes in common.
Director: Jim Jarmusch
Stars: Bill Murray, Tom Waits, Roberto Benigni

Storyline
Eleven separate vignettes are presented. In each, celebrities, playing semi-fictionalized versions of themselves (with the exception of the characters of various wait staff, and one actor playing a lookalike cousin of herself), meet in a food service establishment with coffee/tea and cigarettes involved. Beyond the topic of discussion that brought them together, they often talk directly about coffee and cigarettes, more often that coffee and cigarettes, and by association caffeine and nicotine, are not healthy, especially if they are the only things constituting lunch. Other recurring themes include the Lee family, cousinhood, celebrity worship, the connection between the medical and musical careers, and Nikola Tesla’s belief that the Earth is a conductor of acoustic resonance. In all cases, the coming together for coffee/tea and smokes acts as a bridge to overcome disagreements, and/or makes uncomfortable situations less uncomfortable.