No809 My A Beautiful Mind minimal movie poster 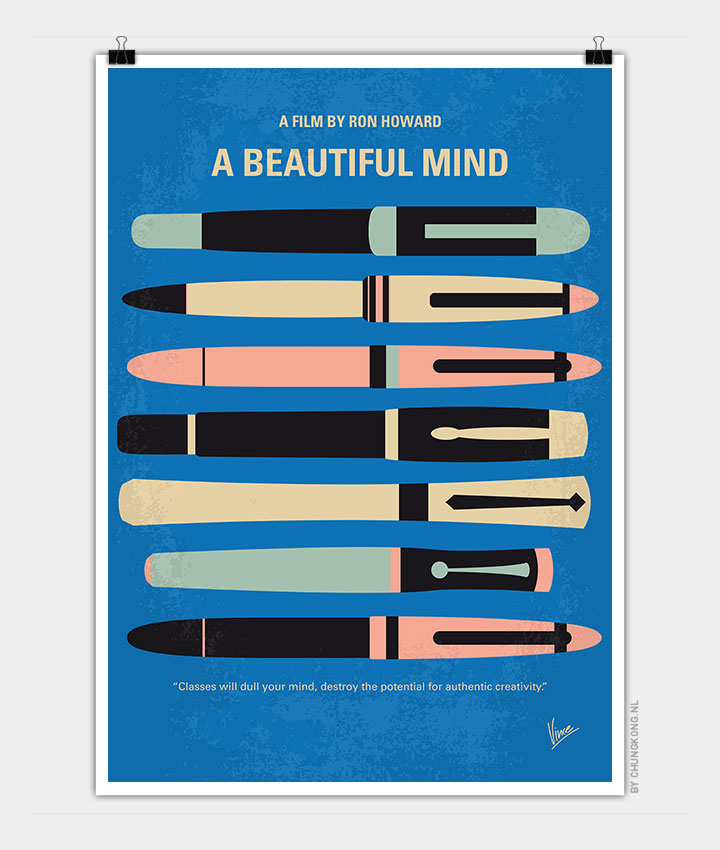 After John Nash, a brilliant but asocial mathematician, accepts secret work in cryptography, his life takes a turn for the nightmarish.

Storyline
John Nash goes through a myriad of highs and lows from his time as a Mathematics student in graduate school at Princeton in the late 1940’s to his Nobel Prize win for Economics in 1994. A brilliant but somewhat arrogant and antisocial man, Nash preferred to spend his time with his thoughts, which were primarily of seeing mathematical formula associated with everyday occurrences, than with people. Two people he did make a connection with were Charles, his roommate at Princeton, and Alicia Larde, one of his students when he was teaching at M.I.T. in the early 1950’s. He and Alicia eventually marry. As time goes on, Nash lives more and more within himself which causes major problems in his life. But Alicia stands by her husband to his redemption to the Nobel Prize win. Nash learns that his graduate school colleagues, with whom he had a cordial but somewhat distant relationship, are closer friends than he imagined, although in his later life he really does miss Charles’ company more than anything despite knowing that spending time with Charles is not in his or anyone’s best interest.