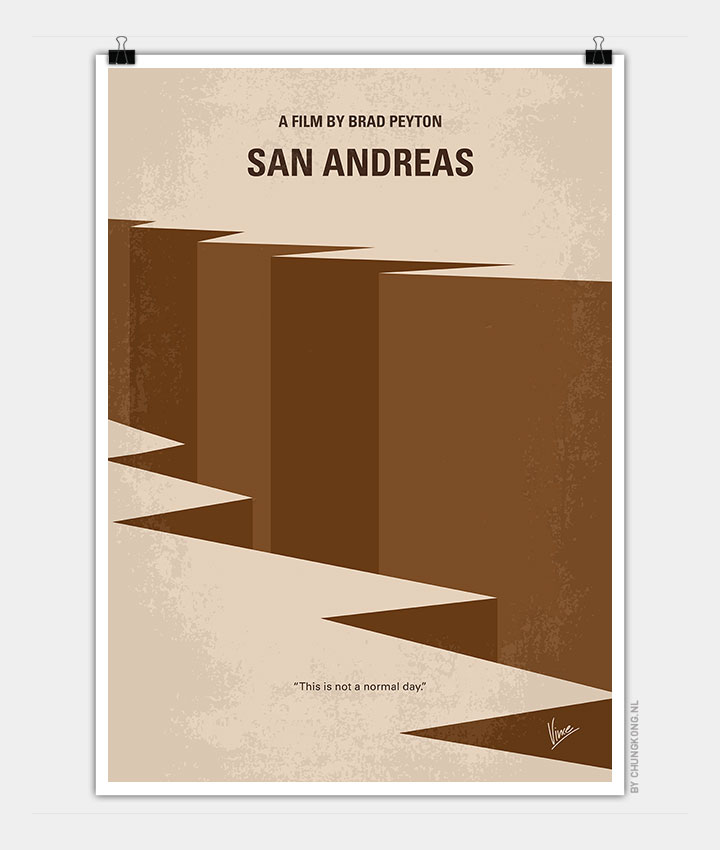 In the aftermath of a massive earthquake in California, a rescue-chopper pilot makes a dangerous journey with his ex-wife across the state in order to rescue his daughter.

Storyline
In Los Angeles, the Fire Department Air Rescue pilot Raymond “Ray” Gaines will drive his daughter Blake to San Francisco since she has joined the university. He is divorcing from his wife Emma that intends to move in together with her wealthy boyfriend Daniel Riddick. Meanwhile the researchers Dr. Lawrence Hayes and Dr. Kim Park from the Caltech travel to a dam to check their seismic studies and there is a strong earthquake collapsing the dam that kills Kim. Lawrence discovers that the San Andreas Fault is moving and will cause a huge earthquake in Los Angeles and San Francisco. Ray needs to travel to help the victims from the dam and Daniel offers to take Blake to San Francisco since he has a meeting in the city. Daniel brings Blake to his office and while waiting for him, she befriends the British architect Ben Taylor and his younger brother Ollie Taylor. When Ray is flying to the dam, there is an earthquake in Los Angeles and he rescues Emma. When the earthquake reaches San Francisco, Daniel escapes with Blake to his limousine but the building collapses and she is trapped inside the car. Daniel flees from the building and leaves Blake behind. Blake succeeds in contacting her father but the cell phone dies. What will happen to her?