No812 My GUARDIANS OF THE GALAXY minimal movie poster 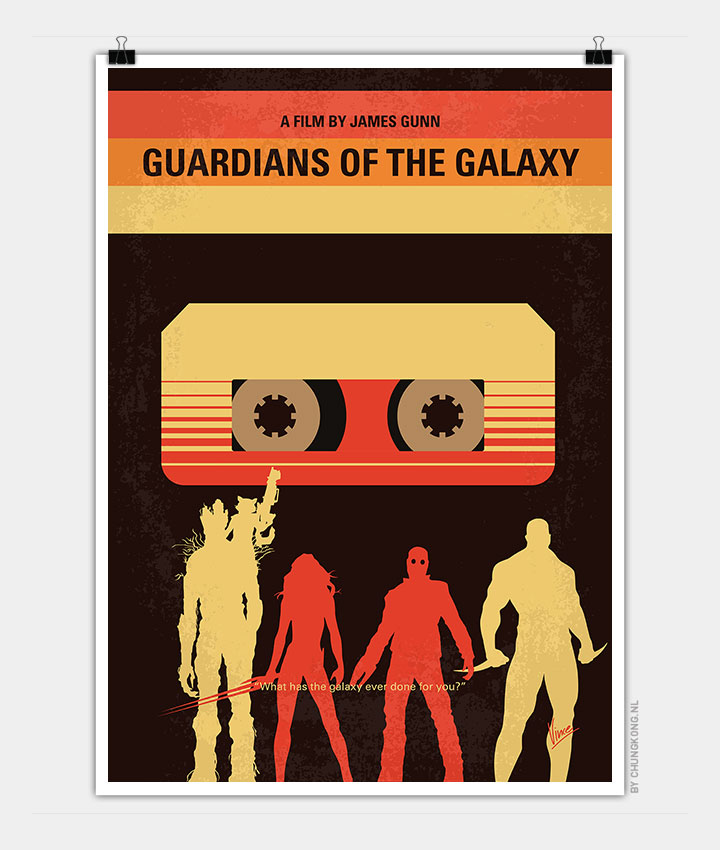 A group of intergalactic criminals are forced to work together to stop a fanatical warrior from taking control of the universe.

Storyline
In 1988, on Earth, the boy Peter Quill is abducted by a spacecraft after losing his, is a ravager searching a valuable orb on the surface of the dead planet Morag. When Peter finds the orb, he is hunted down by the Kree warship The Dark Aster of the powerful Ronan the Accuser but he flees. Peter also double crosses his partner Yondu Udonta that puts m. Peter Quill arrives on the Xandar city Nova Empire and is chased by Ronan’s warrior Gamora and by the bounty hunters Rocket and The Groot. They are arrested by the police officer Corpsman Dey and his men and sent to the prison end the strong Drax. Soon they learn that Gamora wants to orb to a dealer for a huge amount while Drax wants to kill Ronan, who killed his wife and daughter. They plot a plan to escape from The Kyln to sell the orb and split the money. But soon they also learn that the orb keeps the infinity stone that gives immensurable destructive power to the owner. They self-proclaim Guardians of the Galaxy and decide to deliver the orb to the leader Nova Prime to keep it safe from Ronan. But they are hunted down by Ronan and his right-arm Nebula that want to destroy Xandar and also by Yondu Udonta and the Ravagers that want to sell the infinity stone to make lots of money. Who will keep the powerful orb?