No815 My Overboard minimal movie poster 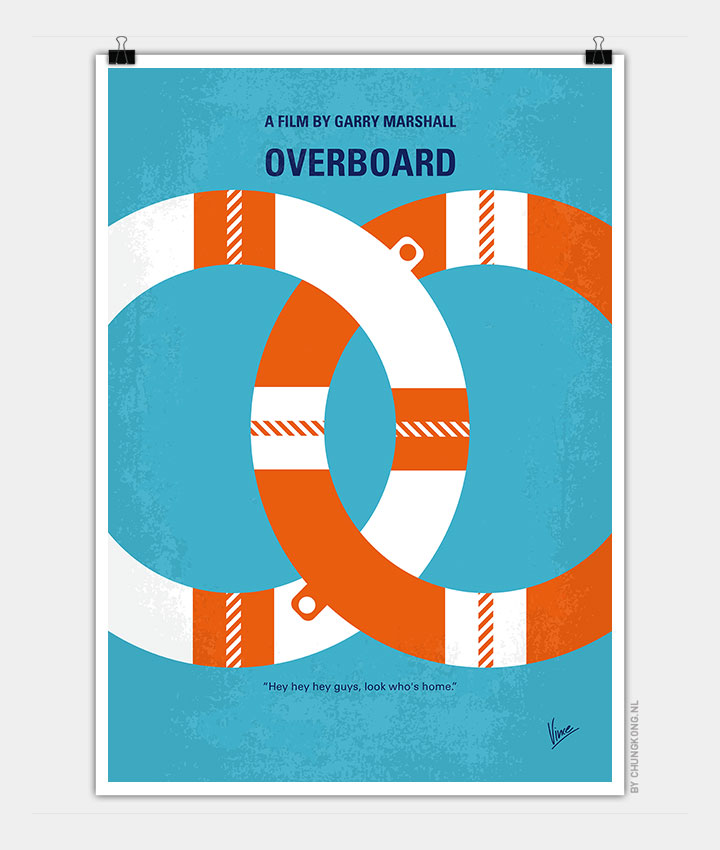 A cruel and beautiful heiress mocks and cheats over a hired carpenter. When she gets amnesia, he decides to introduce her to working-class life by convincing her they’re husband and wife.

Storyline
Married couple Joanna Stayton and Grant Stayton III are an extremely wealthy, pretentious couple who live aboard their yacht. They live off of Joanna’s family’s money. Joanna is a bitch of a woman, who treats others poorly and thinks nothing about doing whatever she needs to get what she wants, which she always gets. So when their yacht is moored in Elk Cove, Oregon and she hires local carpenter Dean Proffitt to do some work, Joanna has no qualms of stiffing Dean the $600 for the job when it doesn’t meet what she wanted, despite she not specifying the issue to Dean beforehand. When the Staytons sail out of Elk Cove, Joanna falls overboard, the resulting injury which causes temporary amnesia. Grant sees this accident as his opportunity to ditch Joanna. When news of a Jane Doe (Joanna) hits the local news and Dean sees that the person he knows as Joanna’s husband denies knowing her, Dean also sees an opportunity: he will claim to be her husband, and make her his housemaid – which includes her taking care of his four rambunctious sons – for about a month, which he considers the equivalent of what she owes him. “Annie” (what they end up calling Joanna) is still a bitch of a woman. As time goes on, Dean has second thoughts about what he is doing, not because of Annie being like Joanna, but because he is falling in love with a mellowed Annie and it seems like she is falling in love with him. Can their love overcome the obstacles of Joanna’s equally pretentious mother looking for her daughter, or the time when Joanna will ultimately regain her memory?