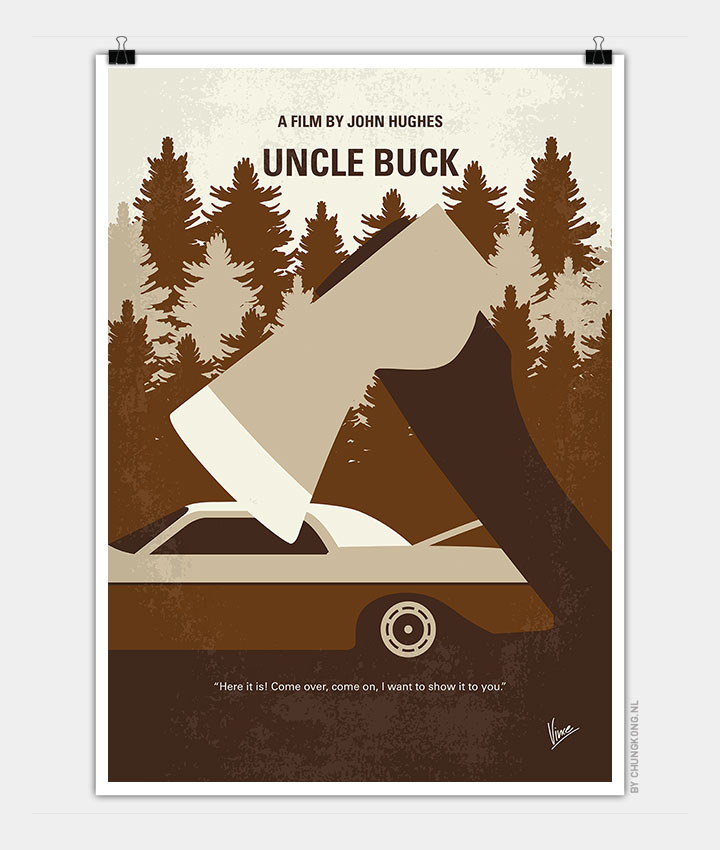 Bachelor and all round slob, Buck, babysits his brother’s rebellious teenage daughter and her cute younger brother and sister.

Storyline
Bob Russel, his wife Cindy Russel, and their three kids, 8-year-old Miles, 6-year old Maizy, and 15-year-old Tia, recently moved from Indianapolis to Chicago, and Tia resents Bob and Cindy for it because Tia, Miles, and Maizy were perfectly happy living in Indianapolis. Bob and Cindy are in bed one night when Cindy’s aunt calls and tells them that Cindy’s father has had a heart attack. Bob and Cindy immediately make plans to go to Indianapolis to visit Cindy’s father. After hearing this, Tia angrily tells Cindy that Tia would have a heart attack too if her family moved away from her, then Tia slams her bedroom door in Cindy’s face. With Cindy and Bob going to Indianapolis, the problem is who the babysitter will be. Even though Cindy doesn’t like the idea, they choose Bob’s brother Buck to babysit Tia, Miles, and Maizy. Cindy doesn’t like Buck because she thinks Buck is a sloppy person who doesn’t know how to do anything. While Cindy and Bob are in Indianapolis, Buck takes over the house, and Buck tries to do the best he can with the kids while he’s having problems with Chanice Kobolowski, who has been his girlfriend for the past 8 years. Buck bonds with Miles and Maizy and wins their love, but Buck has problems with Tia as he tries to protect Tia from her boyfriend Bug, because unknown to Tia, Bug only wants Tia for one reason sex.