No819 My Rogue One minimal movie poster 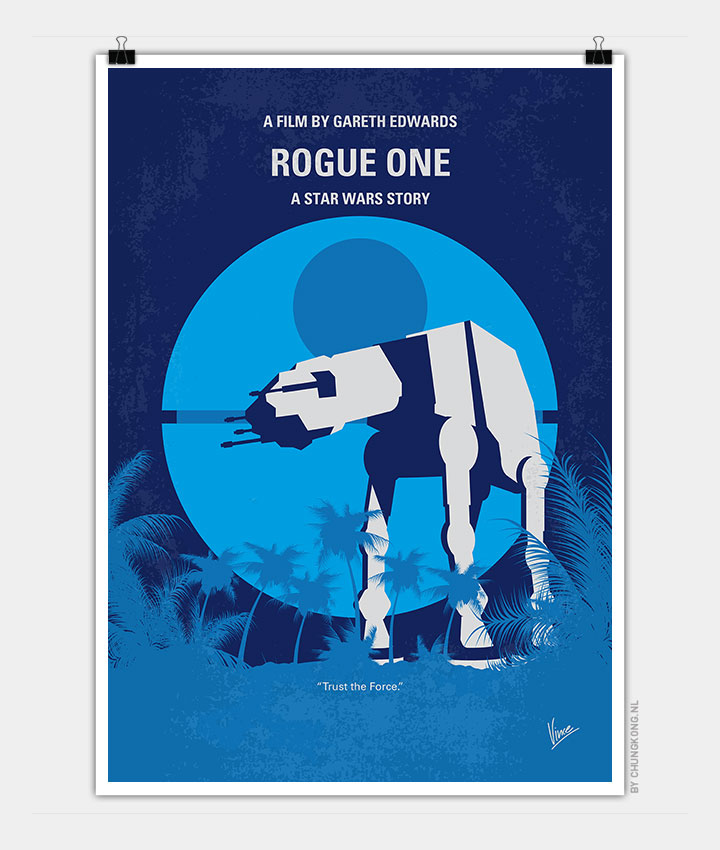 Storyline
Ordinary Rebel spies endeavor to steal the plans to the Death Star—the very same plans that eventually help Luke Skywalker destroy the weapon in A New Hope. Orson Krennic (Ben Mendelsohn) and Darth Vader (voiced by James Earl Jones) do their best to stop them, even though we have a pretty good idea of what’s going to happen.
Expect many of the same tropes employed in previous Star Wars films. Our hero Jyn Erso (Felicity Jones) is yet a another scrappy orphan, who is hunting down her long-lost Imperial scientist father (Mads Mikkelsen). There’s also a wise-cracking droid with a British accent.