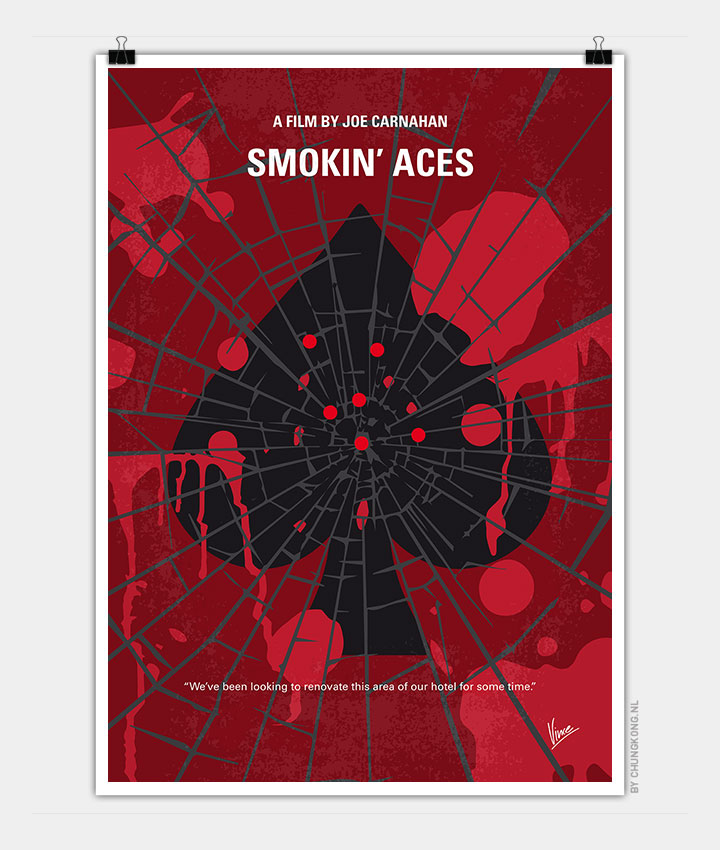 When a Las Vegas performer-turned-snitch named Buddy Israel decides to turn state’s evidence and testify against the mob, it seems that a whole lot of people would like to make sure he’s no longer breathing.

Storyline
Over the years, the FBI has largely been able to dismantle La Cosa Nostra, better known as the Mafia. One of the only remaining high profile Mafia bosses is Primo Sparazza. The FBI is working on getting a peripheral insider, Las Vegas headliner Buddy “Aces” Israel – so nicknamed because he largely performs card tricks in his magic act – to provide evidence against Sparazza in turn for witness protection. In conducting surveillance on Sparazza, FBI agents Richard Messner and Donald Carruthers overhear that Sparazza has taken a $1 million contract out on Aces, the person given the assignment an unknown Swede whose task also includes providing a piece of Aces’ heart. Sparazza, who is in ill health, probably wants Aces dead as one last act of vengeance for what he may be doing. With $1 million on the line, the FBI know that other assassins, known and unknown to them, will also be trying to get to Aces first. However, Aces, who jumped bail, is on the lam hiding out in the penthouse suite of a Tahoe hotel, and is thus also being pursued by some bail bondsmen. With Aces having his weakness – women – it is not difficult for all of these players to track him down. The question becomes who will get to Aces first, and if that person’s end goal is to kill him or take him alive. Some revelations may change the color of the proceedings.