No822 My Balls of Fury minimal movie poster 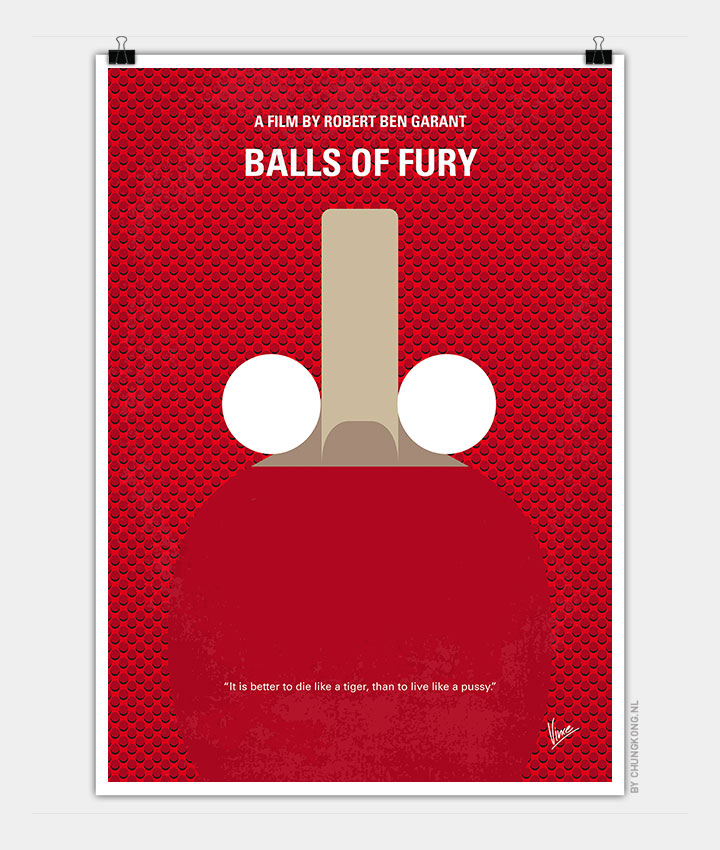 Down-and-out former professional ping-pong phenom, Randy Daytona, is sucked into a maelstrom when FBI Agent Ernie Rodriguez recruits him for a secret mission. Randy is determined to bounce back and win, and to smoke out his father’s killer — arch-fiend Feng.

Storyline
In the unsanctioned, underground, and unhinged world of extreme Ping-Pong, the competition is brutal and the stakes are deadly. Down-and-out former professional Ping-Pong phenom Randy Daytona is sucked into this maelstrom when FBI Agent Rodriguez recruits him for a secret mission. Randy is determined to bounce back and recapture his former glory, and to smoke out his father’s killer – one of the FBI’s Most Wanted, arch-fiend Feng. But, after two decades out of the game, Randy can’t turn his life around and avenge his father’s murder without a team of his own. He calls upon the spiritual guidance of blind Ping-Pong sage and restaurateur Wong, and the training expertise of Master Wong’s wildly sexy niece Maggie, both of whom also have a dark history with Feng. All roads lead to Feng’s mysterious jungle compound and the most unique Ping-Pong tournaments ever staged. There, Randy faces such formidable players as his long-ago Olympics opponent, the still-vicious Karl Wolfschtagg. Can Randy keep his eye on the ball? Will he achieve the redemption he craves while wielding a paddle? Is his backhand strong enough to triumph over rampant wickedness?