No829 My Zombieland minimal movie poster 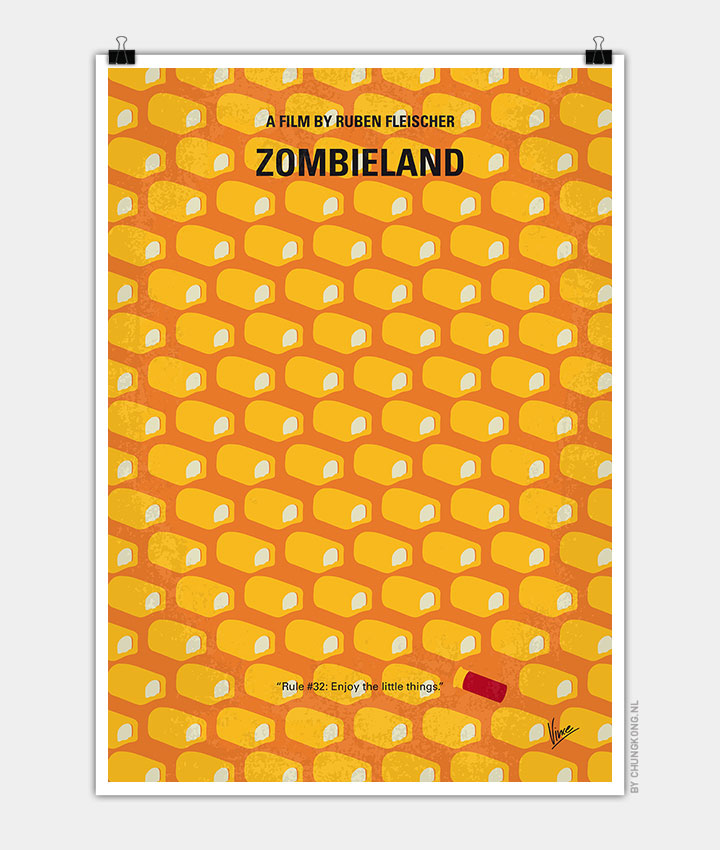 A shy student trying to reach his family in Ohio, a gun-toting tough guy trying to find the last Twinkie, and a pair of sisters trying to get to an amusement park join forces to travel across a zombie-filled America.

Storyline
By a strange mutation of the mad cow disease, America, from end to end, is irreversibly infested with hordes of innocent civilians turned to decomposing and insatiable zombies. Still human and one of the few zombie apocalypse survivors, Columbus, is not exactly hero material, nevertheless, with his attentiveness and his handbook of life-saving, zombie-evading survival tips, somehow he manages to live to fight another day while on his way to Ohio to check whether his family is still alive. Surrounded by mayhem and destruction, Columbus after an unexpected encounter, he will eventually join forces with Tallahassee, a redneck badass and a pro survivalist with a thing for Twinkies, to continue the road trip through Armageddon. Reluctantly, as the band of zombie hunters is joined by stranded survivors Wichita and her younger sister Little Rock, they will be tempted to change plans and head to the last place rumoured to be still unspoilt, the Pacific Playland amusement park in Los Angeles. Could the rumours be true or is the odd team heading toward its demise?