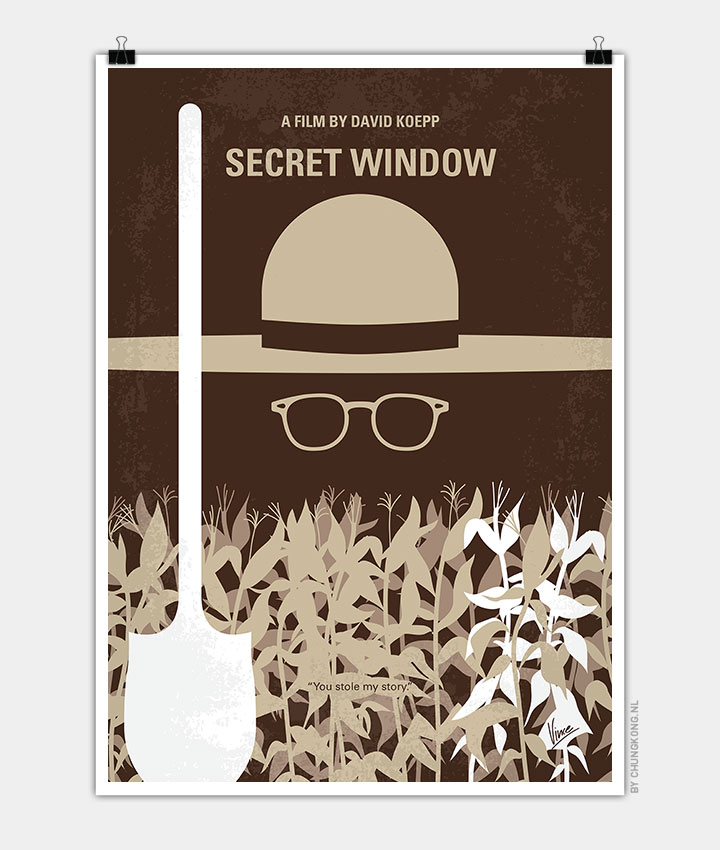 A writer is accused of plagiarism by a strange man, who then starts haunting him for “justice.”

Storyline
Following the break-up with his wife Amy Rainey, successful writer Mort Rainey lives in a secluded cabin on the shores of Tashmore Lake in upstate New York. Their break-up was due to Amy having an affair with her now fiancé Ted Milner, although Amy and Ted assert that Amy and Mort’s marriage was long over before Ted entered the picture. Although Mort and Amy have no qualms with the division of assets, Mort is hesitating signing the final divorce papers.

One day, Mort is visited at his cabin by a man calling himself Shooter, who accuses Mort of stealing his manuscript for his published story, Secret Window. Shooter does indeed have a manuscript with the text almost word for word. Shooter gives Mort a three day ultimatum of providing proof that he did indeed write the story. Shooter seems as concerned about the authorship as he is about Mort not “getting the ending right”. To protect himself against the seemingly violent Shooter, Mort hires a private investigator named Ken Karsch, who Mort hopes will be able to subdue and neutralize Shooter. As Karsch investigates, an incident makes Mort believe that Shooter was hired by Ted to harass him. But as time goes on, Shooter’s true nature comes to light as does Mort’s decreasing grasp on reality.