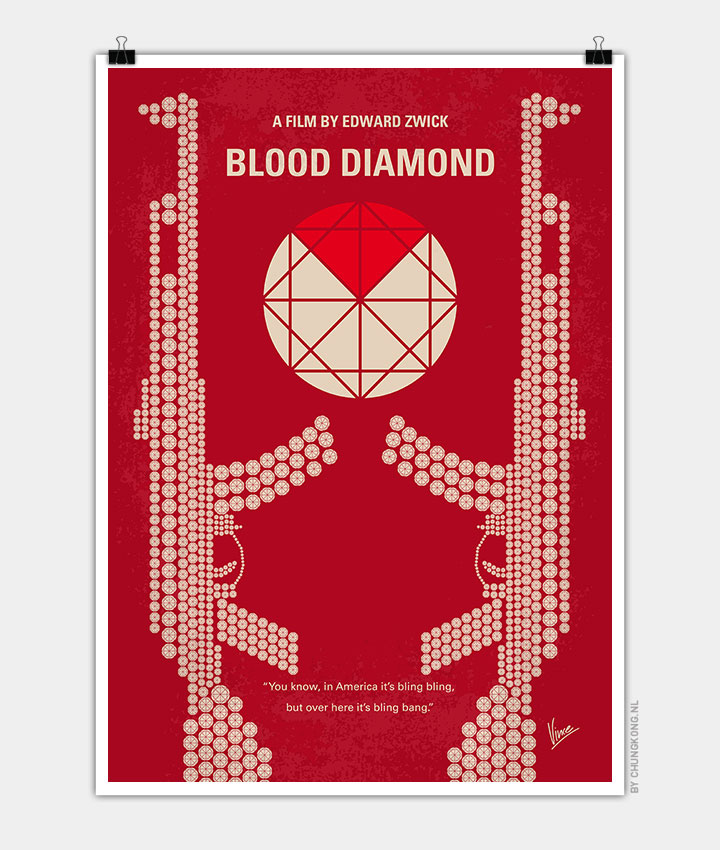 A fisherman, a smuggler, and a syndicate of businessmen match wits over the possession of a priceless diamond.

Storyline
In 1999, in Sierra Leone, the fisherman Solomon Vandy dreams on the day that his young son Dia Vandy will become a doctor. His dreams are shattered when the rebels invade his village and kidnap him to work in the diamond mines. Solomon finds a huge pink diamond and while hiding it, the commandant of the rebels sees, but the rebels are attacked and Salomon is arrested by the government army. While in jail, the wounded commandant tell the prisoners that Salomon found the stone, and the mercenary smuggler Danny Archer from Zimbabwe releases Salomon and proposes to exchange the diamond by his missing family. Using the idealistic American journalist Maddy Bowen, Danny locates the wife and daughters of Salomon in a refugee camp, but is informed that his son has been recruited by the rebels. Salomon and Danny consolidate a partnership, with Salomon looking for and finding his son, and Danny looking for the diamond and finding redemption.