No834 My Commando minimal movie poster 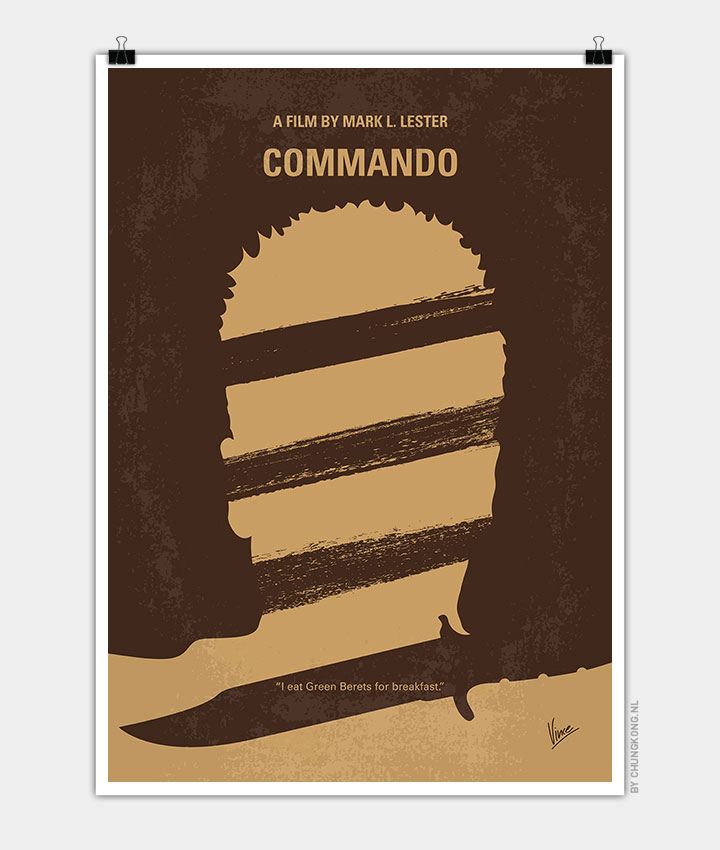 A retired elite Black Ops Commando launches a one man war against a group of South American criminals who have kidnapped his daughter.

Storyline
John Matrix is a former Army Special Forces man who has been trying to live a normal life with his daughter, Jenny. But now, his former CO informs him that some of his men have been killed and like Matrix they to have been trying to live normal lives under new identities. Which means that someone from Matrix’s past is looking for him. After the General leaves some men attack his house and kidnap his daughter.

He then learns that one of the men is one of his men, whom he thought was among the ones killed and who apparently has some kind of grudge against him. He learns that he is working for a South American dictator he helped overthrow and he wants Matrix to kill the President who succeeded him or else his daughter is dead. Matrix has no choice but to do what they say but when he is on the plane he kills the one with him and jumps out. And has 11 hours until the plane lands to find his daughter and save her. With the help of a woman he pulled in, he goes after the dictator’s men hoping one of them will tell him where his daughter is.