No842 My RENT minimal movie poster 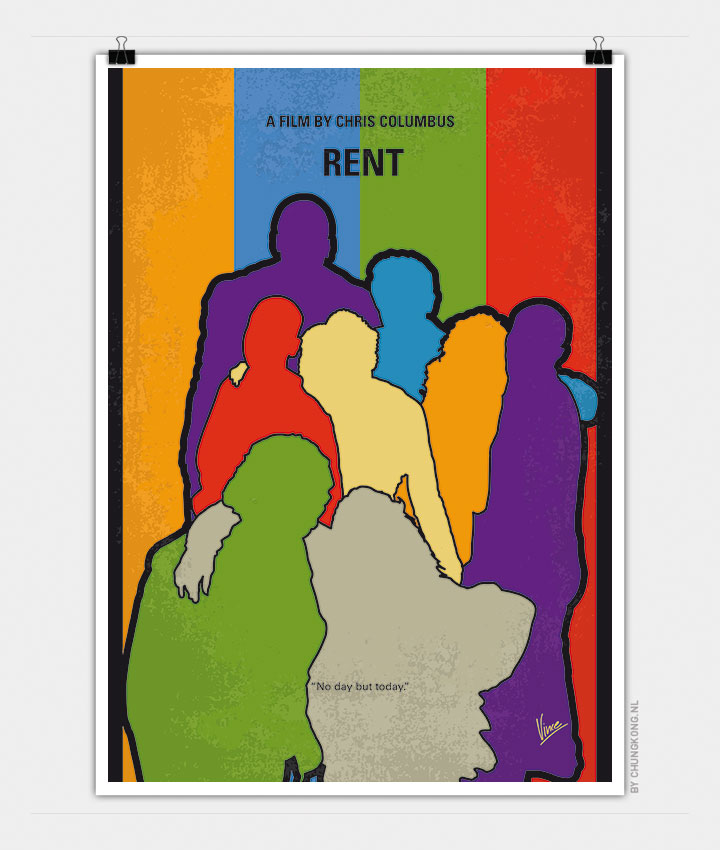 This is the film version of the Pulitzer and Tony Award winning musical about Bohemians in the East Village of New York City struggling with life, love and AIDS, and the impacts they have on America.

Storyline
Based on Puccini’s ‘La Boheme’, ‘Rent’ tells the story of one year in the life of friends living the Bohemian life in modern day East Village, New York City, 1989-1990. Among the group are our narrator, nerdy love-struck filmmaker Mark Cohen; the object of Mark’s affection, his former girlfriend, Maureen Johnson; Maureen’s Harvard-educated public interest lawyer and lesbian lover Joanne Jefferson; Mark’s roommate, HIV-positive musician and former junkie, Roger Davis; Roger’s new girlfriend, the HIV-positive drug addicted S&M dancer, Mimi Marquez; their former roommate, HIV-positive computer genius Tom Collins; Collins’ HIV-positive drag queen street musician/lover Angel; and Benjamin Coffin III, a former member of the group who married for money and has since become their landlord and the opposite of everything they stand for. Shows how much changes or doesn’t change in the 525,600 minutes that make up a year.