No843 My The Worlds End minimal movie poster 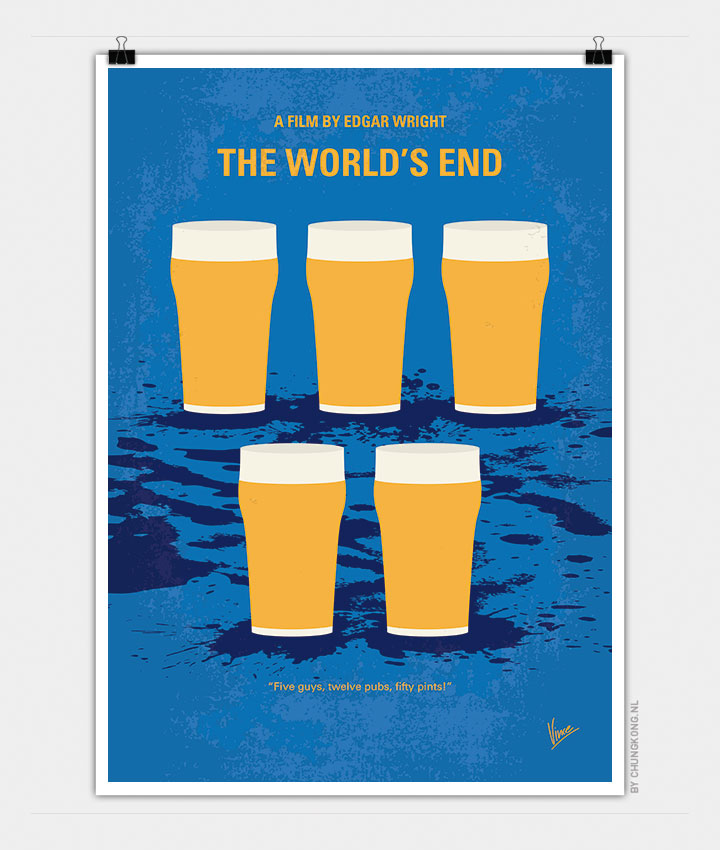 Five friends who reunite in an attempt to top their epic pub crawl from twenty years earlier unwittingly become humanity’s only hope for survival.

Storyline
Gary King is determined to reunite his friends from his youth in an attempt to recreate an epic pub crawl from 20 years ago. Their target: “The Golden Mile” in their town of Lechtworth, New Haven. Their plan: five friends, twelve pubs, twelve pints, a few random shots, maybe some action with the ladies. Their first attempt failed miserably as they failed to make it to The World’s End with the entire crew intact. This time around, they’re older, wiser, and ready to get drunk – that is except for Gary’s friend Andrew, who has gone sober. Starting with the The First Post, they realize the town may have changed, and they as individuals have changed, but there’s something fishy about the town – the main factor is that the residents don’t seem to quite recall the events of that epic night.

As they hit the next bars on their list – The Old Familiar, The Famous Cock, The Trusty Servant, The King’s Head, and so on, they discover that there’s something really unusual about the citizens that now inhabit the town, and as they hit each pub, another piece of the conspiracy unravels. However, Gary is determined to make it to the Worlds’ End if it winds up killing his whole group, and most of humanity in the process. But does the fate of mankind rest in his hands?