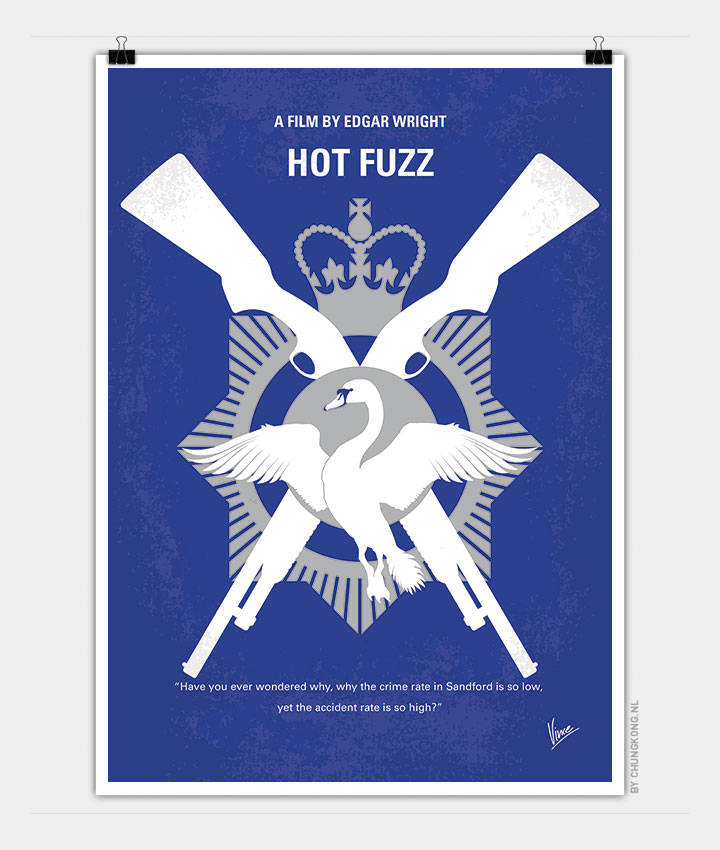 A skilled London police officer is transferred to a small town that’s harbouring a dark secret.

Storyline
Meet Sgt. Nicholas Angel. He’s good. Too good. So good at what he does that his department has decided to make him disappear because he’s making the rest of the department look bad. So as a token of his appreciation the Metropolitan Police Service decides to transfer him to a small country village known as Sanford, Gloucestershire.

Upon arrival, Nicholas quickly settles into his new surroundings and becomes familiar with the townsfolk, who all have unique personalities and are very friendly with one another. They govern themselves under an ultra-strict organization called the Neighborhood Watch Alliance. He’s assigned to a station with a number of officers who don’t take the job as seriously as he does. Now paired with Danny Butterman, the Inspector’s son, who is a bumbling, overweight officer who has an uncontrollable love of Hollywood action films and thinks that everything Nicholas does mirrors the movies he loves. But when the town’s residents start dying one by one, Nicholas and Danny soon undercover a massive conspiracy while the village struggles to maintain its’ “village of the year” distinction. Since there has been no recorded murder in Sanford in 20 years, Nicholas and Danny have a hard time unraveling the conspiracy. Can they stop it before it’s too late?