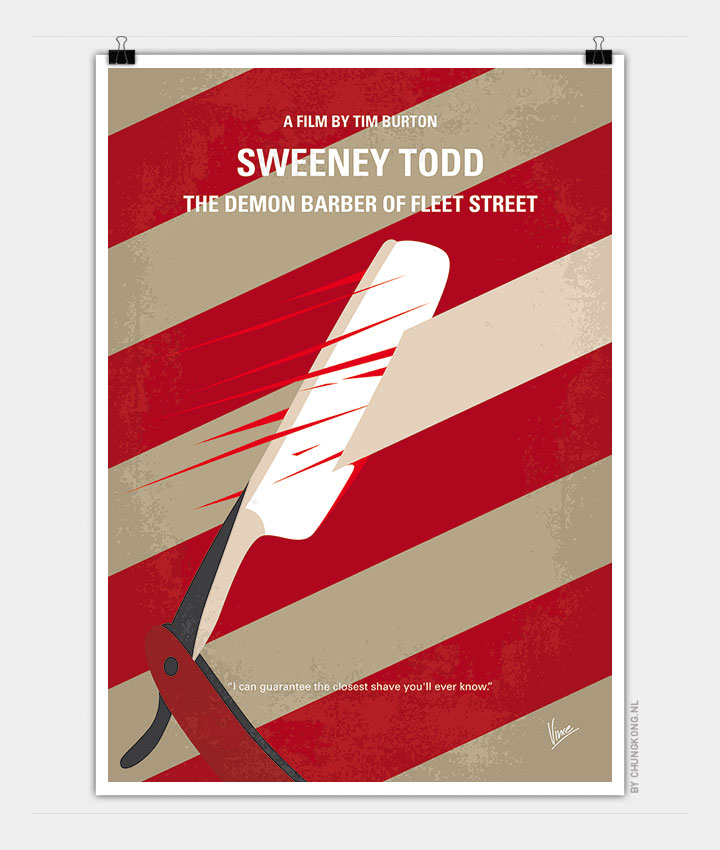 The infamous story of Benjamin Barker, a.k.a. Sweeney Todd, who sets up a barber shop down in London which is the basis for a sinister partnership with his fellow tenant, Mrs. Lovett. Based on the hit Broadway musical.

Storyline
Benjamin Barker, arguably the most accomplished barber in all Victorian London, is married to the pretty Lucy, the two who have an infant daughter, Johanna. Lusting after Lucy, a sadistic judge named Turpin wrongfully has Barker sent to prison in Australia so that he can have Lucy to himself. Fifteen years later, Barker, who has rechristened himself Sweeney Todd, returns to London to seek revenge by killing Turpin and his accomplice Beadle Bamford, using the instruments of his trade to slit their throats. Below Todd’s old barber shop is now a meat pie shop run by Mrs. Lovett, who admits to making the worst meat pies in London. She tells Todd that Lucy poisoned herself after being raped by Turpin, and that Johanna, now a young woman, is Turpin’s ward. Johanna and a young honorable sailor named Anthony Hope, who Todd met sailing into London, have fallen in love with each other from afar.

Much like his feelings for Lucy, Turpin lusts after Johanna and wants to marry her, and thus he will do whatever he needs to to get Anthony out of the way. Back at the barber shop, Todd changes his plans for revenge solely on Turpin and Beadle out of circumstance, which includes an encounter with a rival barber named Adolfo Pirelli and a close encounter with Turpin himself. Including Turpin and Beadle, Todd’s revenge is now directed at all mankind that has wronged him. Todd is helped in his new endeavor by Mrs. Lovett, who has an interesting role in their collective scheme. Todd may reconsider his new collaboration with Mrs. Lovett if he were to learn her true motivations.