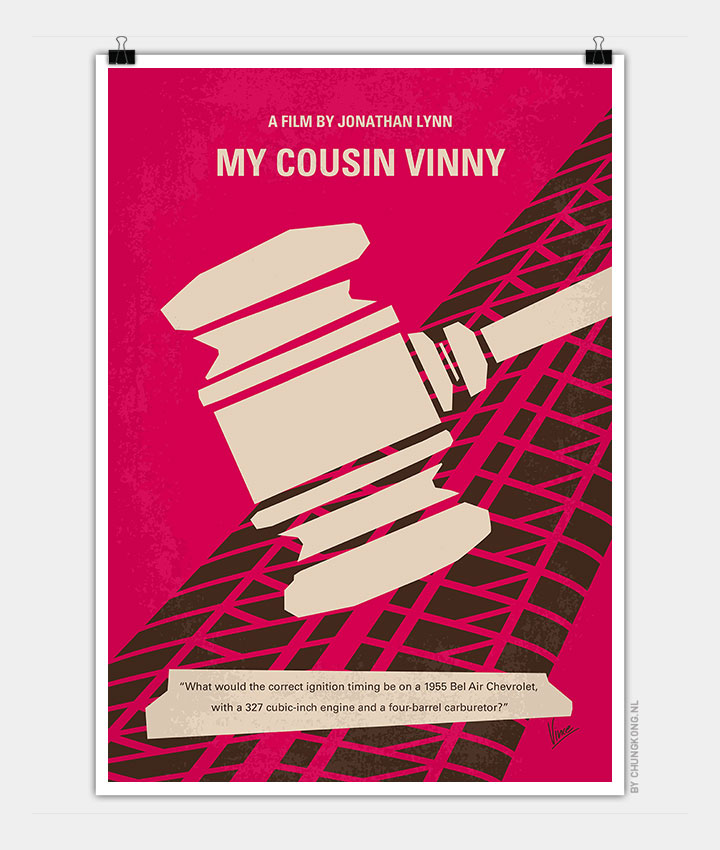 Two New Yorkers are accused of murder in rural Alabama while on their way back to college, and one of their cousins–an inexperienced, loudmouth lawyer not accustomed to Southern rules and manners–comes in to defend them.

Director: Jonathan Lynn
Stars: Joe Pesci, Marisa Tomei, Ralph Macchio
Storyline Bill Gambini and Stanley Rothenstein are two friends from New York University who just received scholarships to UCLA. They decide to drive through the South. Once they arrive in Alabama, they stop at a local convenience store to pick up a few snacks. But, no sooner than they leave the store, they are arrested. They had thought that they were arrested for shoplifting, but they were arrested for murder and robbery. Worse, they are facing execution for this crime. Bill and Stan do not have enough money for a lawyer, so the good news is that Bill has a lawyer in his family, his cousin, Vincent Laguardia Gambini. The bad news is that Vinny is an inexperienced lawyer who has not been at a trial. So, Vinny has to defend his clients and battle an uncompromising judge, some tough locals, and even his fiancée, Mona Lisa Vito, who just does not know when to shut up, to prove his clients’ innocence. But he will soon realize that he is going to need help.