No853 My The Apartment minimal movie poster 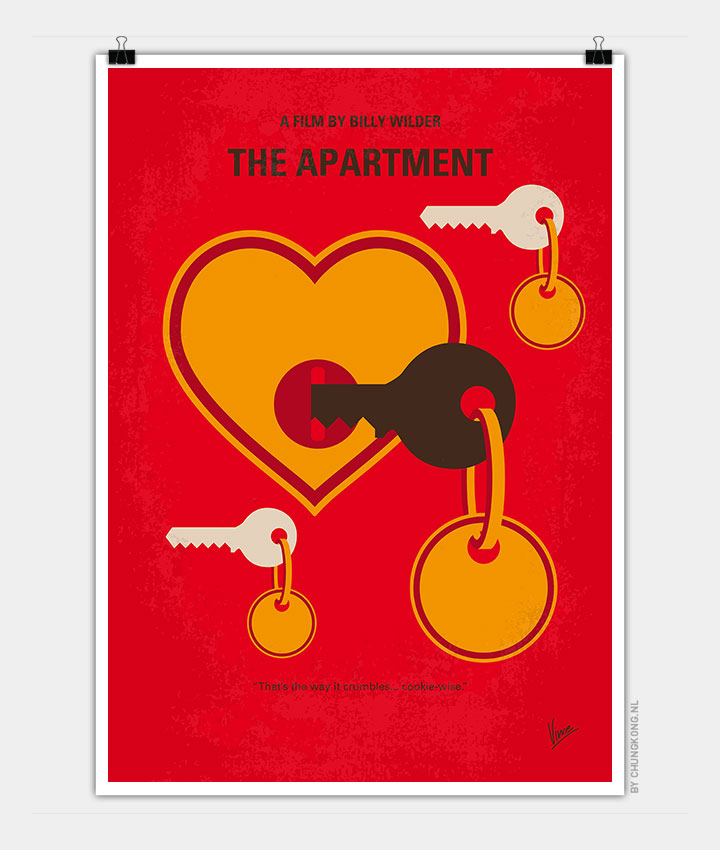 A man tries to rise in his company by letting its executives use his apartment for trysts, but complications and a romance of his own ensue.

Storyline
Insurance worker C.C. Baxter lends his Upper West Side apartment to company bosses to use for extramarital affairs. When his manager Mr. Sheldrake begins using Baxter’s apartment in exchange for promoting him, Baxter is disappointed to learn that Sheldrake’s mistress is Fran Kubelik, the elevator girl at work whom Baxter is interested in himself. Soon Baxter must decide between the girl he loves and the advancement of his career.