No854 My Payback minimal movie poster 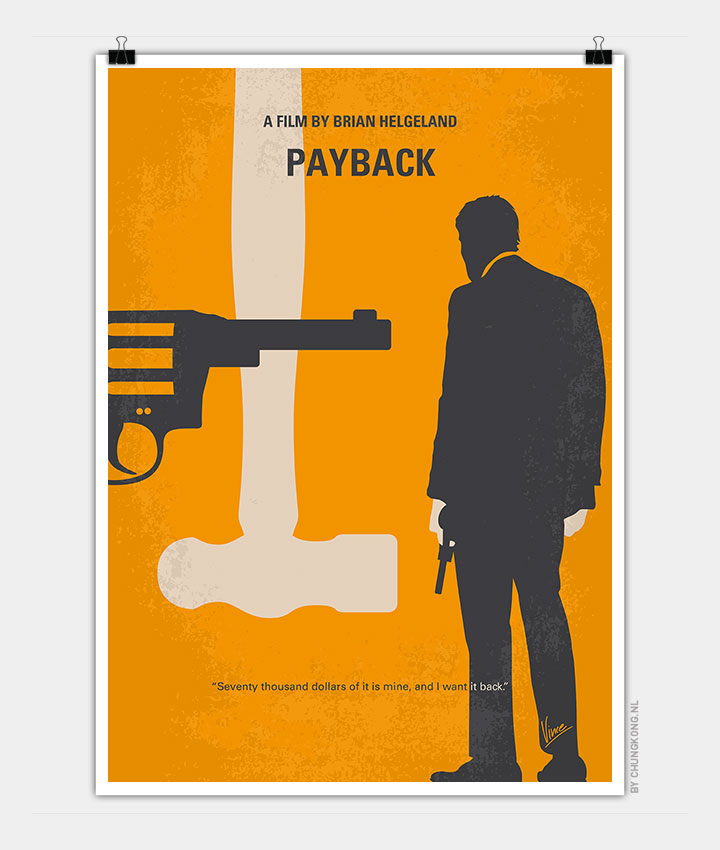 After a successful heist, Porter is shot by his wife and his best friend. They leave him there to die but when he recovers, he seeks revenge and wants his share of the money.

Storyline
Val Resnick and Porter, two small time bandits, hit a Chinese gang together and manage to get $140,000. But Val Resnick needs 130 grand alone to buy himself back into his syndication. So, Val turns on Porter together with Porter’s wife Lynn, who kills him with two shots in the back. But Porter survives and half a year later, he is back, seeking his share of $70,000. When he finally finds Val, Porter quickly learns that he has to go much further up the ladder in order to get his money from the guys who have it: The syndication. Working alone can’t be realized any more, so Porter teams up with his flame and previous boss Rosie, a very exclusive prostitute. Together, they now start playing the teams against each other. Point blank / Lee Marvin.