No857 My Waterworld minimal movie poster 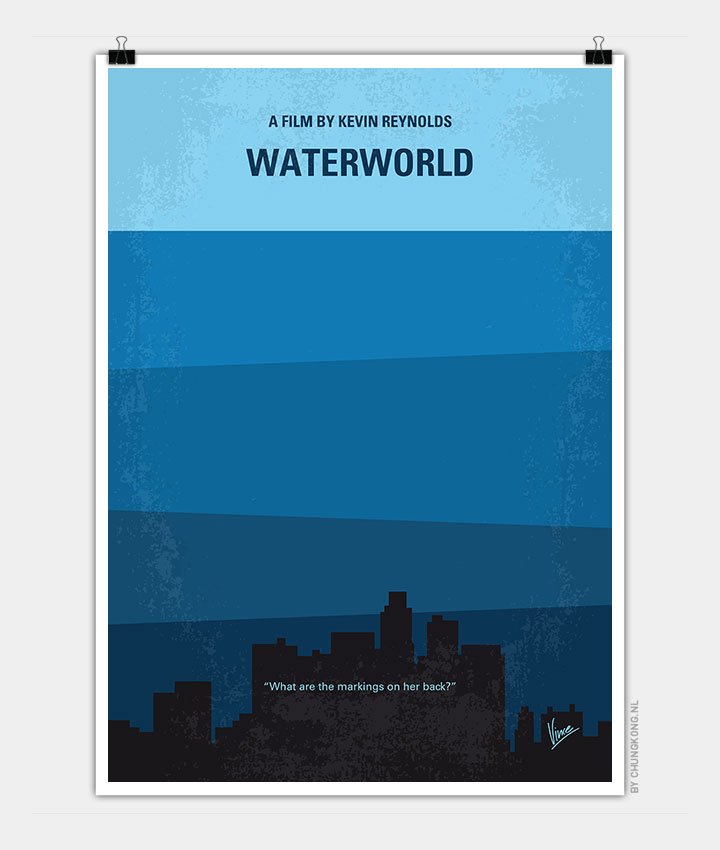 In a future where the polar ice-caps have melted and Earth is almost entirely submerged, a mutated mariner fights starvation and outlaw “smokers,” and reluctantly helps a woman and a young girl try to find dry land.

Storyline
In the future, the Earth is engulfed with water when the polar ice caps melted, leaving the lands and civilization beneath the sea. In “Waterworld” drifters sail across the waters of the world on their man-made ships, trading for supplies and salvaging what is left of civilization, communities of survivors live in towns called “Atolls”, and a force of evil pirates “The Smokers” travel across Waterworld in search of a mythical island called “Dryland”. Arriving at an Atoll, a mysterious drifter without a name called The Mariner is sentenced to death when the community discovers he is a mutant. When the Atoll is attacked by The Smokers led by their evil leader Deacon, a woman named Helen and her adopted daughter Enola bribe The Mariner to take them to Dryland, believing The Mariner has been there. But the Mariner, Helen and Enola are pursued by Deacon and the Smokers, when The Mariner learns the tattoo on Enola’s back is in reality a map that will lead them to Dryland…