No858 My Requiem for a Dream minimal movie poster 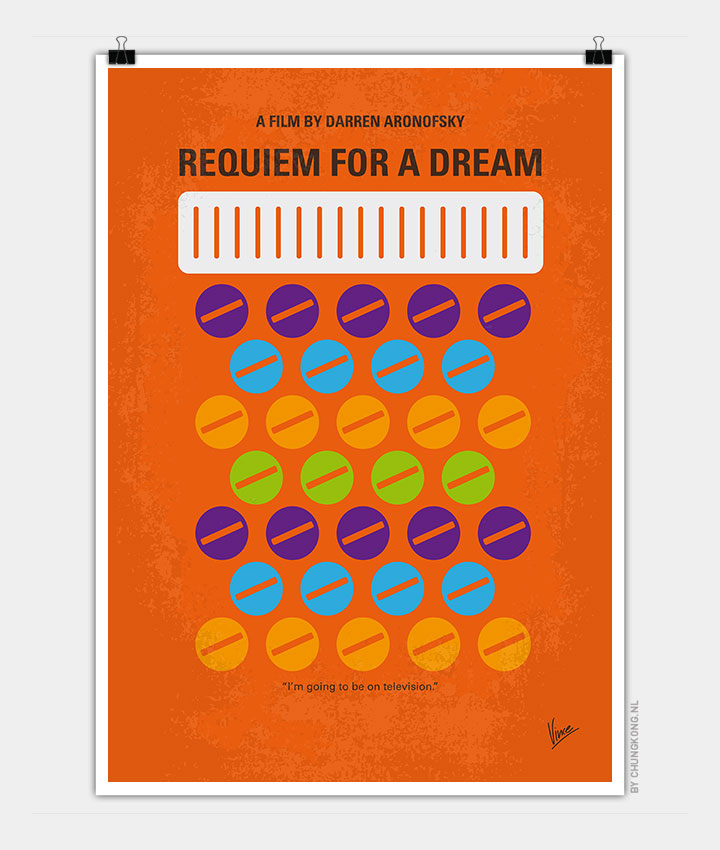 The drug-induced utopias of four Coney Island people are shattered when their addictions run deep.

Storyline
Sara Goldfarb is a retired widow, living in a small apartment. She spends most of her time watching TV, especially a particular self-help show. She has delusions of rising above her current dull existence by being a guest on that show. Her son, Harry (Jared Leto) is a junkie but along with his friend Tyrone (Marlon Wayans) has visions of making it big by becoming a drug dealer. Harry’s girlfriend Marion (Jennifer Connelly) could be fashion designer or artist but is swept along in Harry’s drug-centric world. Meanwhile Sara has developed an addiction of her own. She desperately wants to lose weight and so goes on a crash course involving popping pills, pills which turn out to be very addictive and harmful to her mental state.