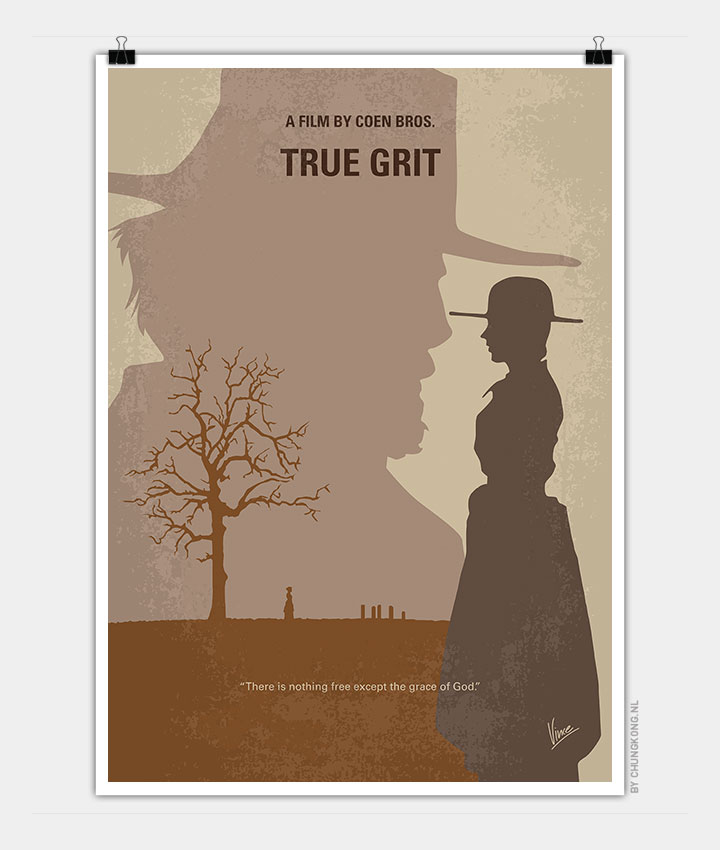 A stubborn teenager enlists the help of a tough U.S. Marshal to track down her father’s murderer.

Storyline
Farmer Frank Ross heads with his employee Tom Chaney to Fort Smith to buy some ponies. However, he is murdered by Chaney, who steals his money and flees to the Indian Territory. Frank’s teenager daughter and book keeper of the family business Mattie Ross travel with an employee to bring the body of her father back home. Before meeting the undertaker, they see the hanging of three men sentenced by the tough Judge Parker. The stubborn Mattie seeks out the sheriff that tells her that he does not have authority in the Indian Nation. She asks who the best Marshall is and the sheriff recommends Reuben J. “Rooster” Cogburn, a big old fellow with eye patch that has the grit to bring back criminals from the Indian Territory. Mattie hires the drunken Rooster and he plans to travel early in the morning with her. When Mattie is ready to depart, she finds that the Texas Ranger LaBoeuf had visited Rooster and proposed to share a huge reward for Tom Chaney in Texas for the murder of a senator. LaBoeuf and Rooster cross the river and Mattie joins them, and the unlikely trio begins its dangerous journey seeking out Tom Chaney in the Indian Territory.