No864 My A Night at the Roxbury minimal movie poster 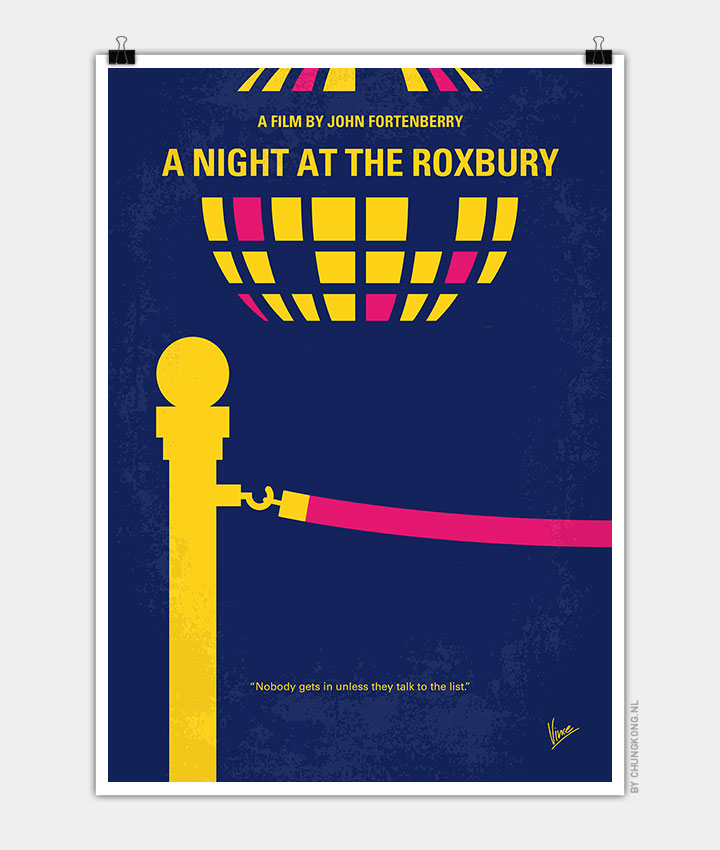 Two dim-witted brothers dream of owning their own dance club or at least getting into the coolest and most exclusive club in town, The Roxbury.

Storyline
Steve and Doug Butabi are club-hopping brothers whose father only wants them to work in his fake plant store. Steve and Doug share one dream – to open their own nightclub. This is complicated, however, by the fact that they can’t even get into the one club that they’d give anything to be in. Things start to look up for them when one night they get into a car accident with Richard Grieco who gets them into the club where they meet two “hotties”, Cambi and Vivica. There’s also Emily, the goody-two shoes college girl who Steve’s father wants him to marry.