No869 My American Made minimal movie poster 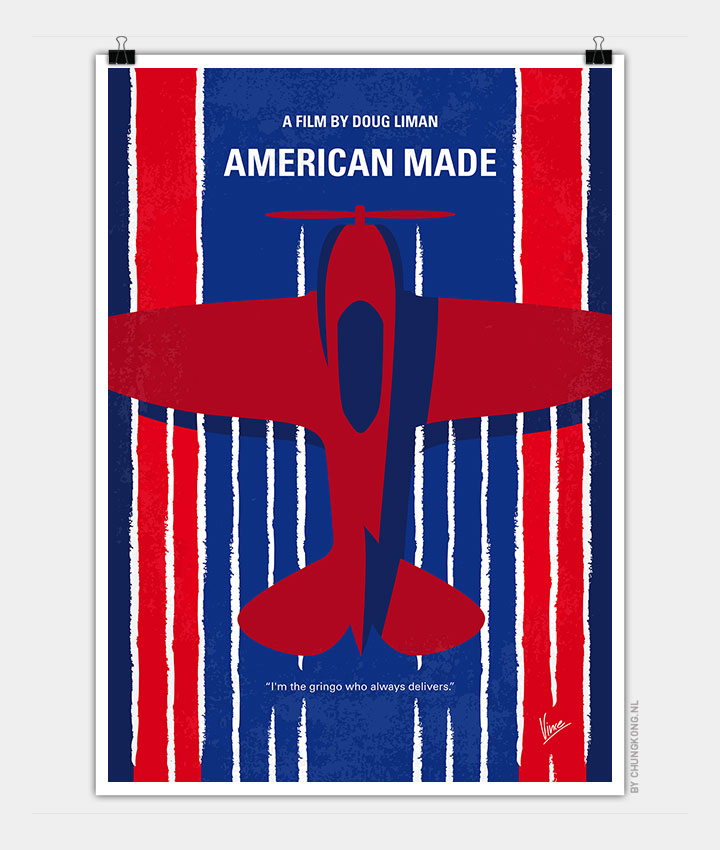 The story of Barry Seal, an American pilot who became a drug-runner for the CIA in the 1980s in a clandestine operation that would be exposed as the Iran-Contra Affair.

Storyline
In 1978, the skilled and ambitious TWA pilot Barry Seal smuggles Cuban cigars to increase his income. Out of the blue, he is contacted by the CIA agent Monty Schafer, who asks him to work for the CIA photographing facilities over Central America using a state-of-art small plane. Soon Barry contacts General Noriega as a courier for the CIA and is contacted by the Medellin Cartel that wants him to transport drugs to the USA. Then Schafer asks Barry to carry weapons for the Contras in Nicaragua. Barry invites pilots that are his friends and plots routes to smuggle drugs for the cartel. The CIA closes eyes to the scheme and Barry becomes richer and richer. He uses the Arkansas town Mena to laundry his money. But the DEA and the FBI are tracking him down. When the CIA shuts down the scheme, Barry is left alone and arrested by the agencies. What will happen to his family and him?