No873 My Apollo 18 minimal movie poster 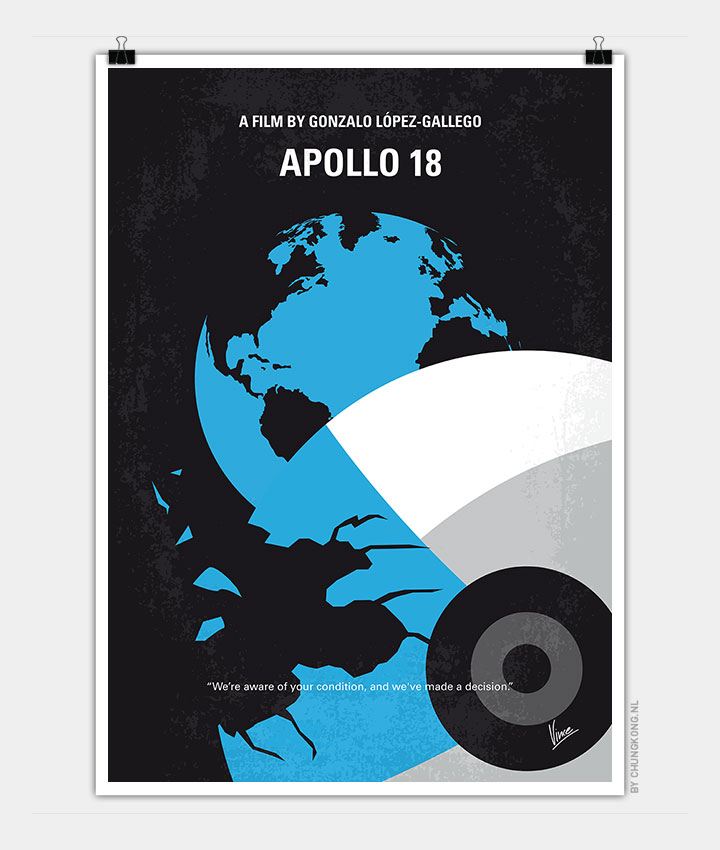 Decades-old found footage from NASA’s abandoned Apollo 18 mission, where two American astronauts were sent on a secret expedition, reveals the reason the U.S. has never returned to the moon.

Storyline
In the early 70’s, Commander Nathan Walker, Captain Ben Anderson and Lieutenant Colonel John Grey are assigned in a secret mission to the Moon to protect the USA from USSR using detectors. Nathan and Ben land on the Moon in the Liberty module while John stays in orbit in the module Freedom. They collect rock samples and bring them to the Liberty. They also find footprints and the body of a Soviet cosmonaut on the moon. Soon they hear weird noises and they find that they are not alone in the satellite.