No876 My Valkyrie minimal movie poster 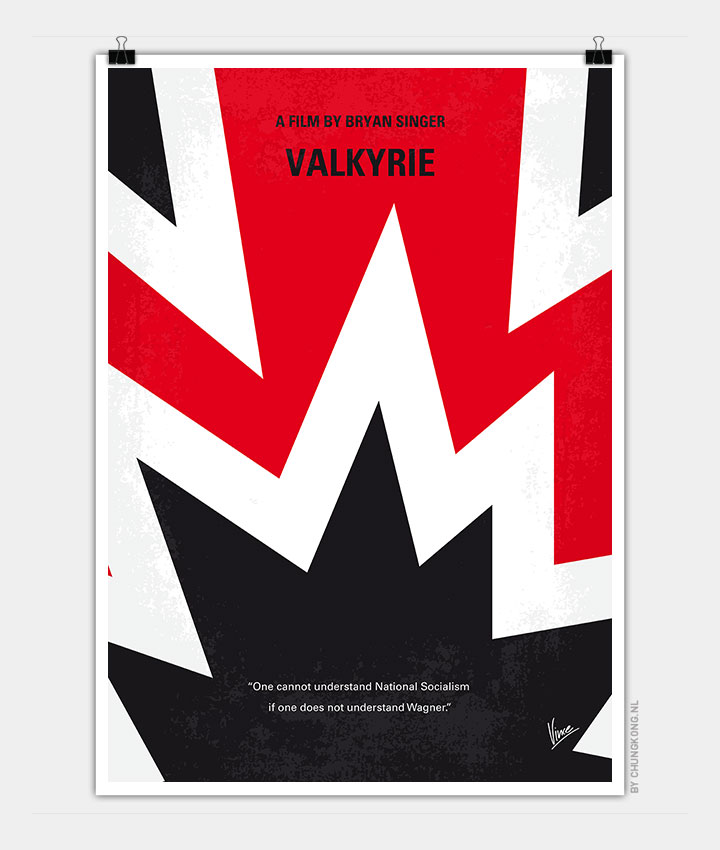 A dramatization of the 20 July assassination and political coup plot by desperate renegade German Army officers against Hitler during World War II.

Storyline
In Nazi Germany during World War II, as the tide turned in favor of The Allies, a cadre of senior German officers and politicians desperately plot to topple the Nazi regime before the nation is crushed in a near-inevitable defeat. To this end, Colonel Claus von Stauffenberg, an Army officer convinced he must save Germany from Hitler, is recruited to mastermind a real plan.

To do so, he arranges for the internal emergency measure, Operation: Valkyrie, to be changed to enable his fellows to seize control of Berlin after the assassination of the Fuhrer. However, even as the plan is put into action, a combination of bad luck and human failings conspire on their own to create a tragedy that would prolong the greater one gripping Europe.