No879 My Last Exit to Brooklyn minimal movie poster 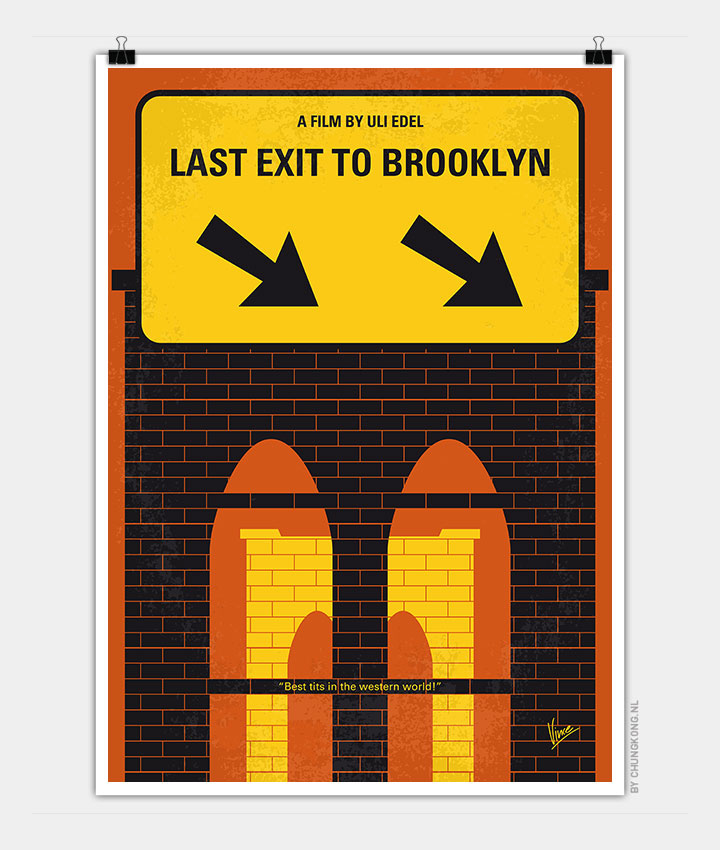 Set in Brooklyn during the 1950s against a backdrop of union corruption and violence. A prostitute falls in love with one of her customers. Also a disturbed man discovers that he is homosexual.

Storyline
Taken from Hubert Selby, Jr.’s controversial novel. A gallery of characters in Brooklyn in the 1950s are crushed by their surroundings and selves: a union strike leader discovers he is gay; a prostitute falls in love with one of her clients; a family cannot cope with the fact that their daughter is illegitimately pregnant.