No888 My Scent of a Woman minimal movie poster 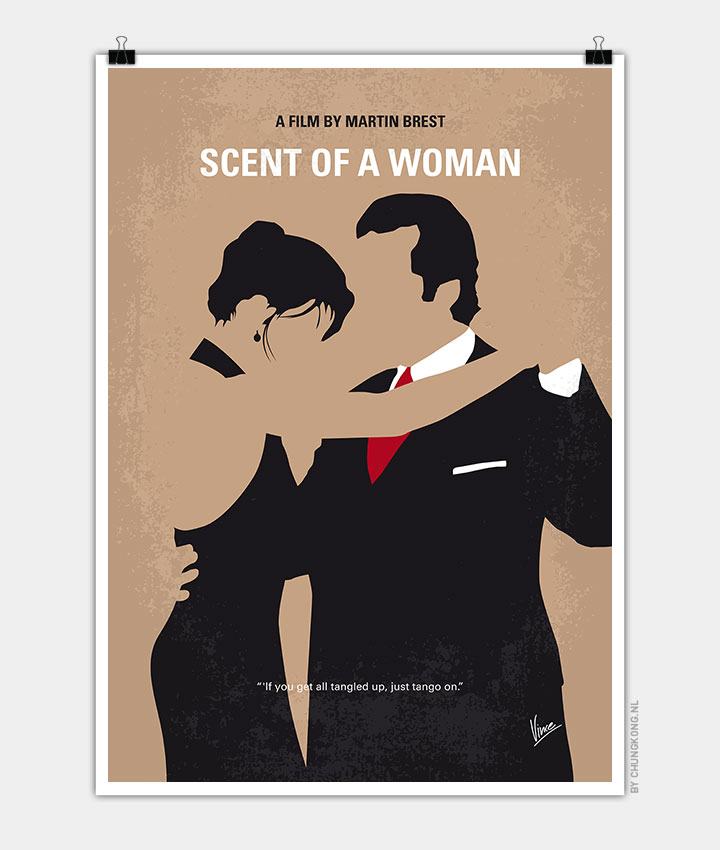 A prep school student needing money agrees to “babysit” a blind man, but the job is not at all what he anticipated.

Storyline
Charlie Simms is a boy from Oregon who attends Baird School a Boys boarding school. Unlike most of the other boys who come from affluent backgrounds Simms comes from the working class and is there on a scholarship. He hangs around with George Willis, who’s a daddy’s boy, and his friends. Now George’s friends decides to pull a little prank on the pompous headmaster. The headmaster learns that Charlie and George know who pulled the prank and they refuse to say who. He gives them the Thanksgiving Holiday to think about it. He also tells Charlie that he’s recommending him to an Ivy League College. Charlie then goes off to a Thanksgiving job–taking care of retired Colonel Frank Slade who’s blind when his family goes to visit some family for Thanksgiving. After they leave Slade tells Charlie that he’s taking him to New York for his own Thanksgiving celebration.