No891 My Serpico minimal movie poster 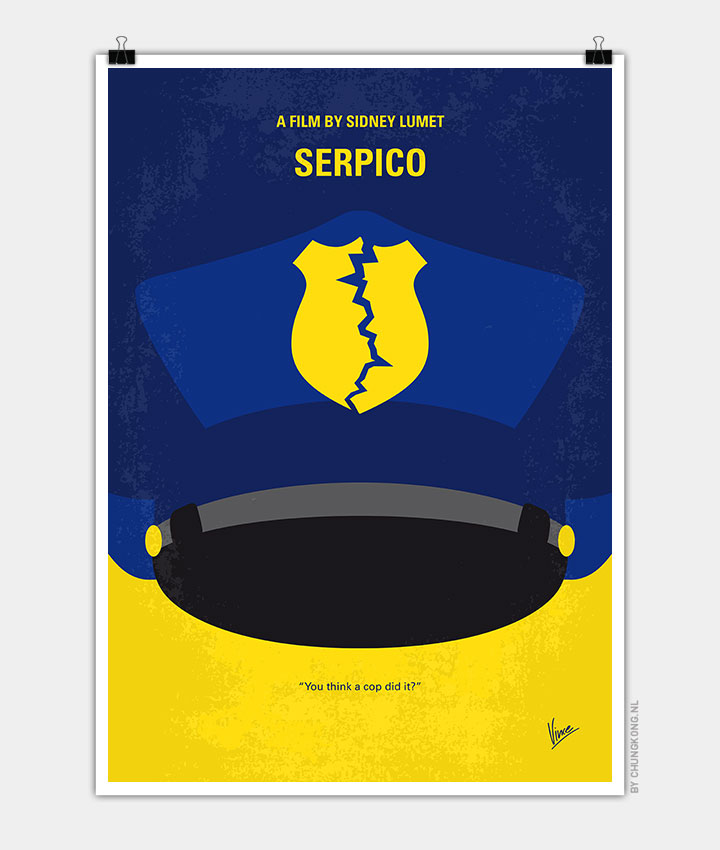 An honest New York cop named Frank Serpico blows the whistle on rampant corruption in the force only to have his comrades turn against him.

Storyline
In the 1960s In New York City, the idealistic Italian descendant Frank Serpico joins the New York Police Department and on his first day, he learns that his colleagues are dirty, sharing money received from the extortion of criminals. Serpico refuses to receive the money and reports to a superior. Along the years, his superior does not take any attitude against the corruption and Serpico is an outcast police officer, rejected by his fellows. Further, his personal life is affected and he is harassed and threatened by his colleagues. In 1971, in a drug bust, Serpico is betrayed and shot in the face. He recovers with minor consequences and testifies to the Knapp Commission about the police corruption. Finally, Switzerland gives political asylum to him and he moves to that country.