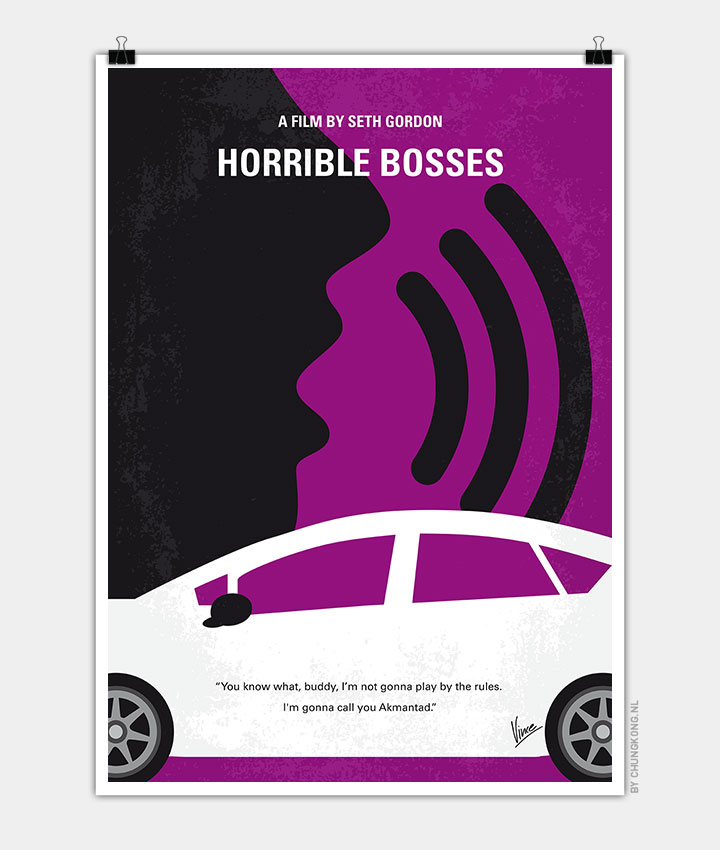 Three friends conspire to murder their awful bosses when they realize they are standing in the way of their happiness.

Storyline
Nick Hendricks, Dale Arbus and Kurt Buckman have been friends for a long time and they usually have happy hour together. Nick is an ambitious employer that has been working for eight years in the same company and expects to be promoted to Sales Vice President by his boss Dave Harken. Dale is a dental assistant that expects to marry his beloved fiancée; however, he is sexually harassed by his boss, Dr. Julia Harris, D.D.S.

The womanizer Kurt and his boss Jack Pellit are great friends and he will be assigned to be the manager of the family business where he works; however, Jack has a heart attack and dies and his cocaine addicted son Bobby assumes control of the company, and he and Kurt hate each other. One day, the three friends are drinking beer and telling each other their problems with their bosses, when they conclude that they can not quit their jobs due to the economic crisis. However, they decide to plot a scheme to get rid off their bosses. Nick, Dale and Kurt seek out a hitman to kill their bosses in a dangerous neighborhood and they get in trouble with the police.