No894 My Cant Buy Me Love minimal movie poster 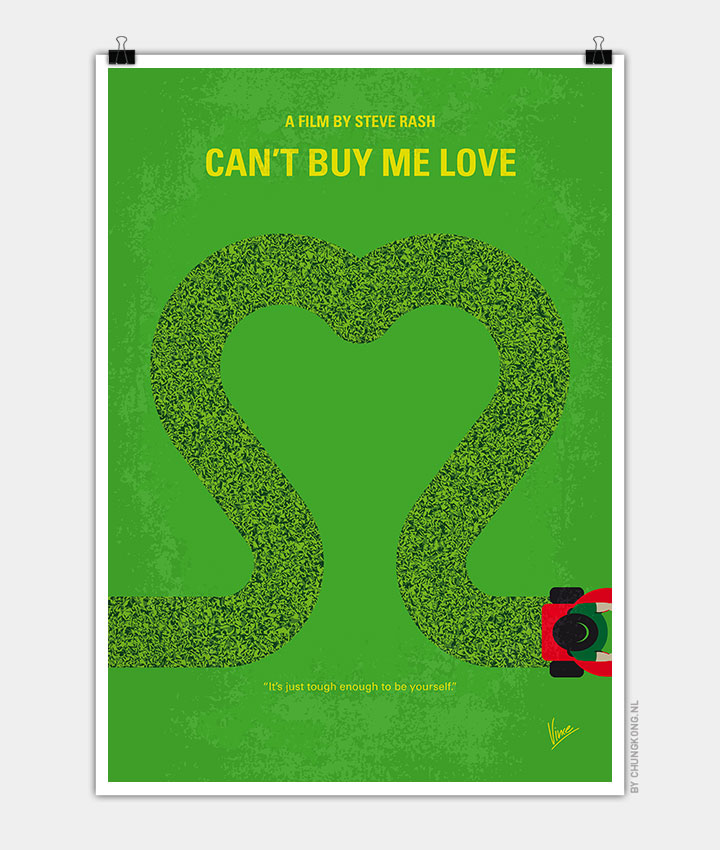 A nerdy outcast secretly pays the most popular girl in school one thousand dollars to be his girlfriend.

Storyline
Ronald Miller runs in the geek crowd. Although his best friend Kenneth Wurman embraces their geek status, Ronald wants to be popular, especially on the eve of their senior year at high school, which he sees as the most pivotal period in their social lives. Although he wants to be friends with all the cool kids, he especially pines after head cheerleader Cindy Mancini. He and Cindy and many of the kids have known each other since they were children, when they were all friends, but high school changed the social circles in which they traveled. Ronald seizes upon what he sees as an opportunity when he sees Cindy in a financial bind (at least in her own mind). He offers her a proposition: he will get her out of that $1,000 bind – money he worked all summer for to buy a telescope – as “rent” for her services as a girlfriend for one month, so that he can infiltrate the “in” crowd at their school. Regardless of the facts that she doesn’t think the ploy will work and finds the thought of hanging out with him abhorrent, she reluctantly agrees. Through the process, both Ronald and Cindy will truly evaluate their past lives and to where they thought they were going, that future for Cindy which included waiting for her football playing boyfriend Bobby, who is away at college.