No895 My Lincoln minimal movie poster 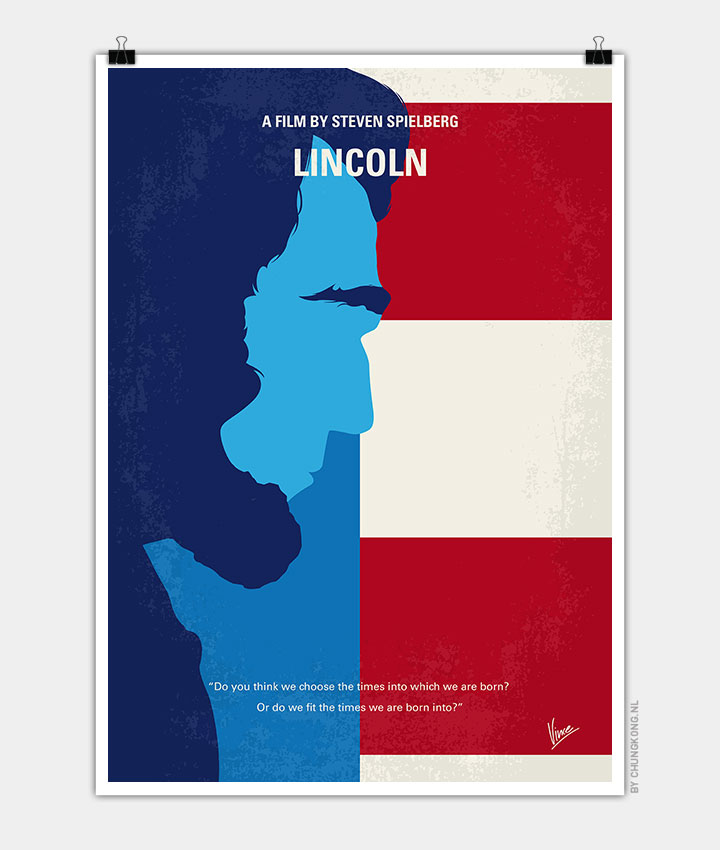 As the War continues to rage, America’s president struggles with continuing carnage on the battlefield as he fights with many inside his own cabinet on the decision to emancipate the slaves.

Storyline
It’s January, 1865, and US President Abraham Lincoln has just started his second term in office as an immensely popular leader, especially among his supporters, because of his down home attitude. However, the country is in turmoil with the Civil War entering its fourth year and having taken the lives of many a soldier on both sides. Lincoln believes that passage of the Thirteenth Amendment to the Constitution – which would abolish slavery – would most importantly achieve something in which he believes to his core, but also end the war as slavery is a large part of the raison d’etre for it. The Amendment has already passed in the Senate, and is scheduled for vote in the House of Representatives at the end of the month. While he is assured of yes votes from his fellow Republicans, he and his team have to work hard behind the scenes to assure enough yes votes from Democrats, which may require some compromise in other areas. But other factors may also come into play on the vote, such as the Confederate forces in the war issuing their own compromise to end the war but keep slavery. Meanwhile, Lincoln also deals with his oft supportive but oft tumultuous relationship with wife Mary Todd Lincoln, and their latest possible rift in oldest son, Robert Todd Lincoln’s want to leave law school to enlist.