No896 My Blade minimal movie poster 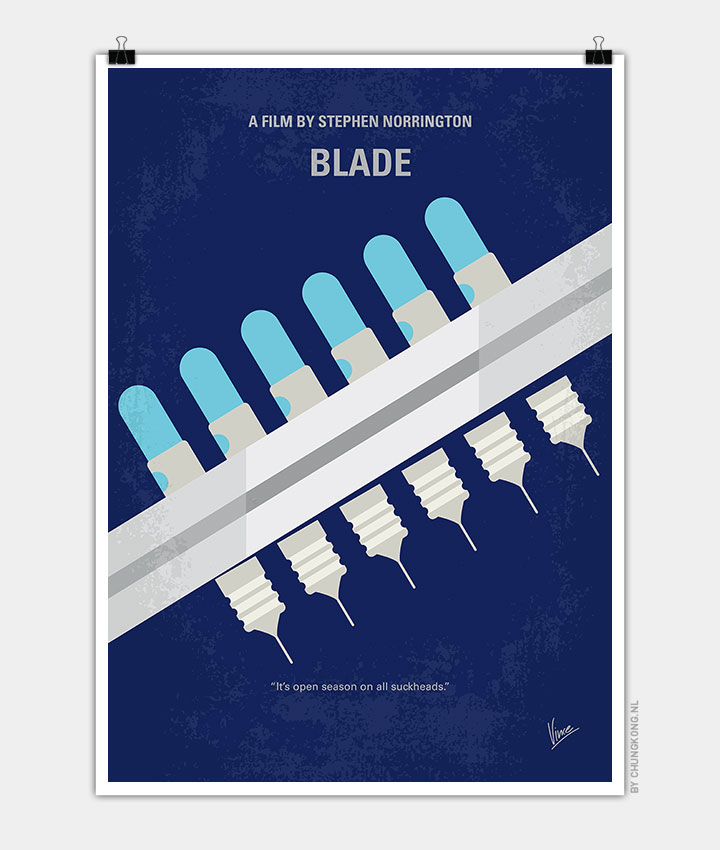 A half-vampire, half-mortal man becomes a protector of the mortal race, while slaying evil vampires.

Storyline
When Blade’s mother was bitten by a vampire during pregnancy, she did not know that she gave her son a special gift while dying: All the good vampire attributes in combination with the best human skills. Blade grew up to be a vampire hunter for revenge on his mother’s death. The vampires, who managed to infiltrate nearly every major organization, need Blade’s very special blood to summon La Magra, the blood god, in order to reign over the human cattle, as they call us.