No897 My Mallrats minimal movie poster 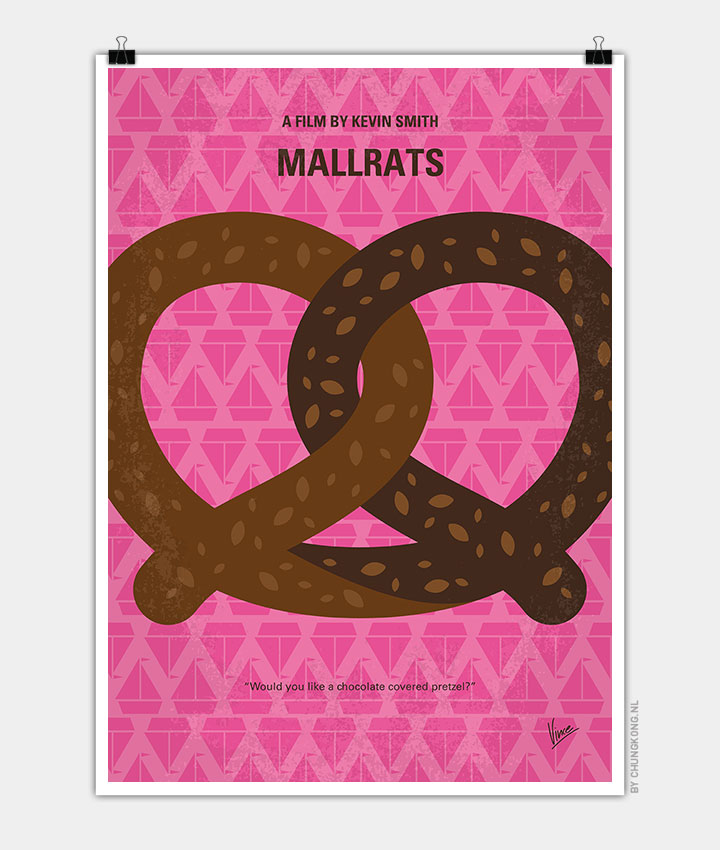 Both dumped by their girlfriends, two best friends seek refuge in the local mall.

Storyline
Mallrats gives us a viewing of a day in the life for two teenagers, T.S. and Brodie, as they wander around all day in a local mall while the girls who recently dumped them do the same. The two guys encounter characters like Jay, Silent Bob, 15-year old sex novel author Trish the Dish, 3-D visionally challenged Willam (the guy just wants to see the sailboat!) and many others. T.S. and Brodie have decided that they will attempt to win back the hearts of their ex-girlfriends before scumbags like Brodie’s arch nemesis Shannon Hamilton get to have sex with them in very uncomfortable places, while Jay and Silent Bob attempt to wreck one of their ex-girlfriend’s father’s game show in the meantime.