No902 My The Shape of Water minimal movie poster 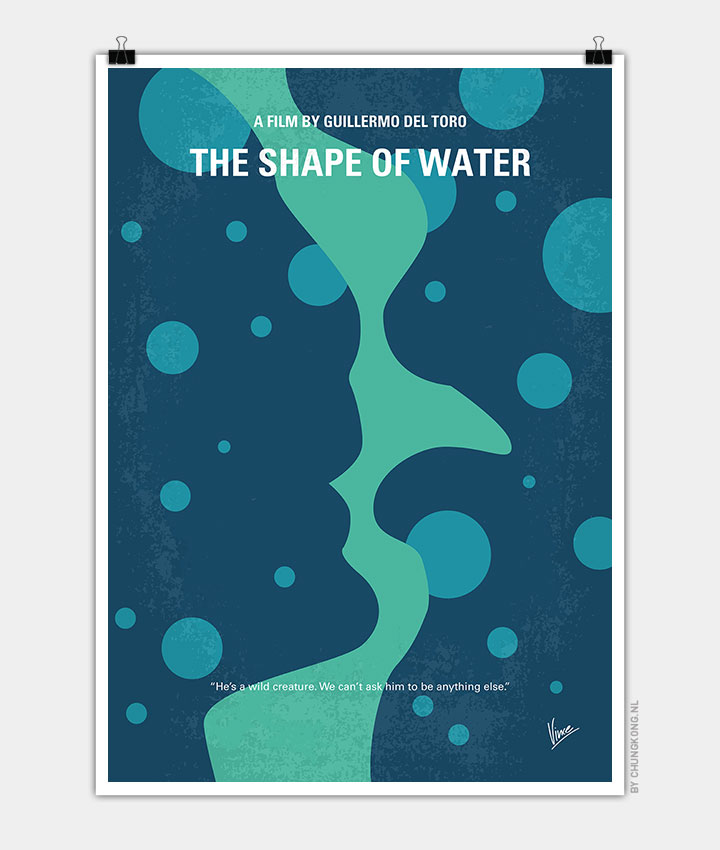 At a top secret research facility in the 1960s, a lonely janitor forms a unique relationship with an amphibious creature that is being held in captivity.

Storyline
In early 60’s Baltimore, the lonely and mute Elisa Esposito is the janitor of a secret government laboratory where she works the night-shift with her friend Zelda Fuller. She lives in an old apartment above a movie-theater who often watches television with her friend, the next-door neighbor Giles, who is a gay artist. When a creature captured in a South-American river is brought to the laboratory, Elisa’s curiosity gets the best of her and she subsequently discovers that this creature is an Amphibian Man.

She then secretly begins to feed him egg every night and listen to music in his room, quickly developing feelings for one another. During which, a security agent by the name of Richard Strickland is bitten by the creature and loses two fingers. At which point he meets with General Hoyt and convinces him to eliminate the creature. When Elisa learns of their plan, she decides to rescue the Amphibian Man and release him into the sea with the help of scientist Dr. Robert Hoffstetler, a Russian agent. 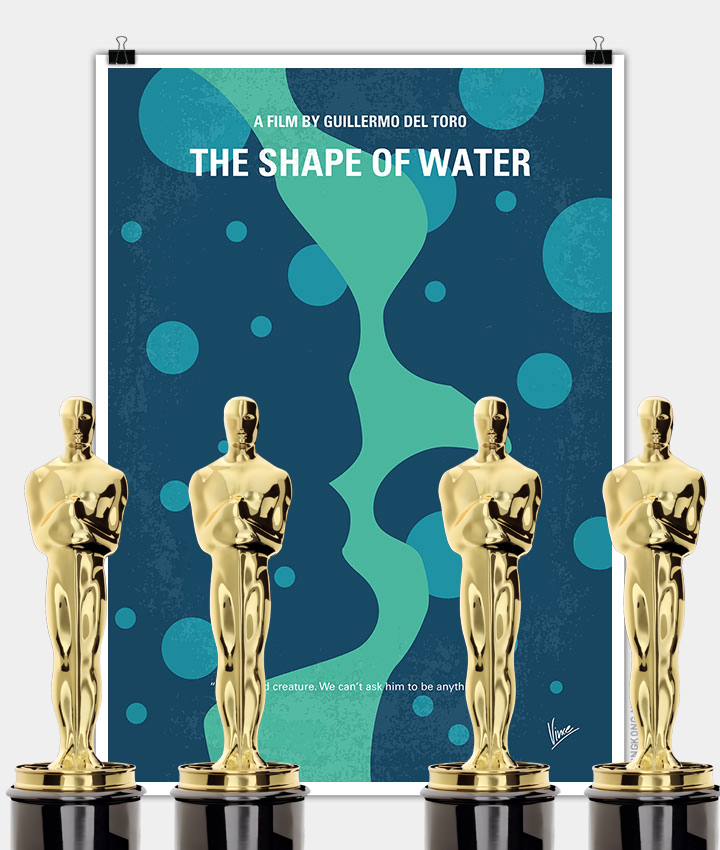