No905 My Dunkirk minimal movie poster 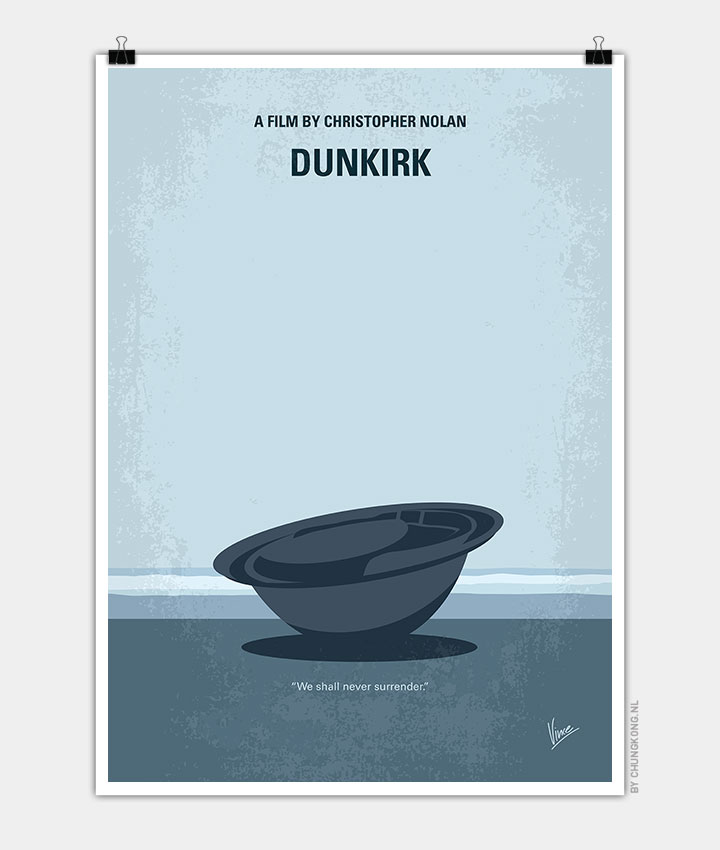 Allied soldiers from Belgium, the British Empire and France are surrounded by the German Army, and evacuated during a fierce battle in World War II.

Storyline
May/June 1940. 400,000 British and French soldiers are holed up in the French port town of Dunkirk. The only way out is via sea, and the Germans have air superiority, bombing the British soldiers and ships without much opposition. The situation looks dire and, in desperation, Britain sends civilian boats in addition to its hard-pressed navy to try to evacuate the beleaguered forces. This is that story, seen through the eyes of a soldier amongst those trapped forces, two RAF fighter pilots and a group of civilians on their boat, part of the evacuation fleet.