No908 My The Hot Spot minimal movie poster 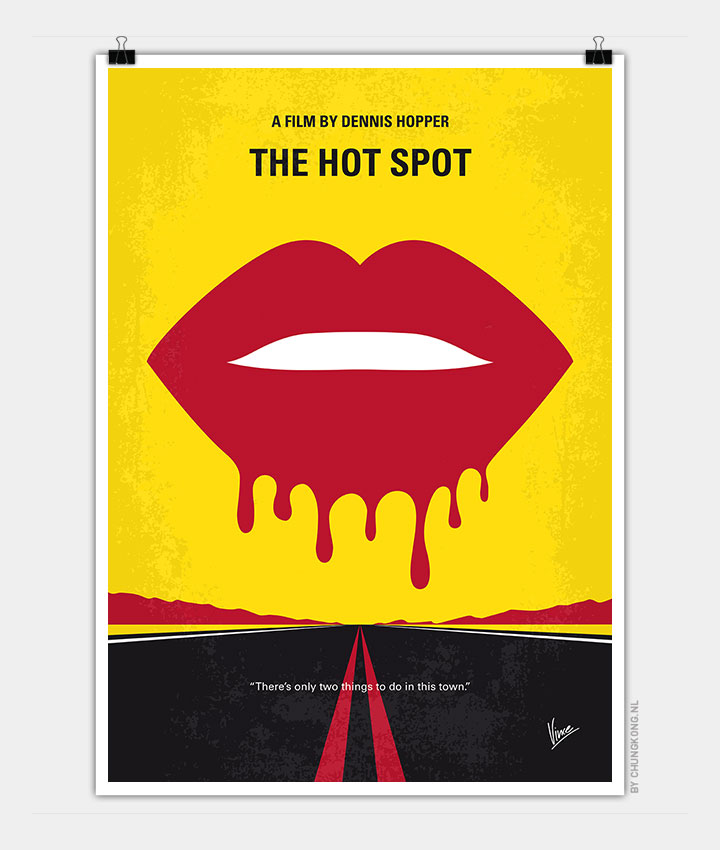 Upon arriving to a small town, a drifter quickly gets into trouble with the local authorities- and the local women- after he robs a bank.

Storyline
When the drifter Harry Madox reaches a small town in Texas, he gets a job as used car salesman with the dealer George Harshaw and settles down in a hotel room. During a fire, Harry observes that the local bank is left empty and open without any security. Soon he plots a scheme to rob the bank, provoking a fire in his room to distract the employees. When Harry meets George’s wife Dolly Harshaw, the easy woman teases him and they have sex.

Harry becomes the prime suspect of the bank heist and is arrested, but Dolly provides the necessary alibi to release him and then blackmails him into having a love affair with her. However, Harry falls in love with Gloria Harper, who works as an accountant at the dealership. He discovers that Gloria is being blackmailed by the despicable Frank Sutton, and he decides to press Sutton.