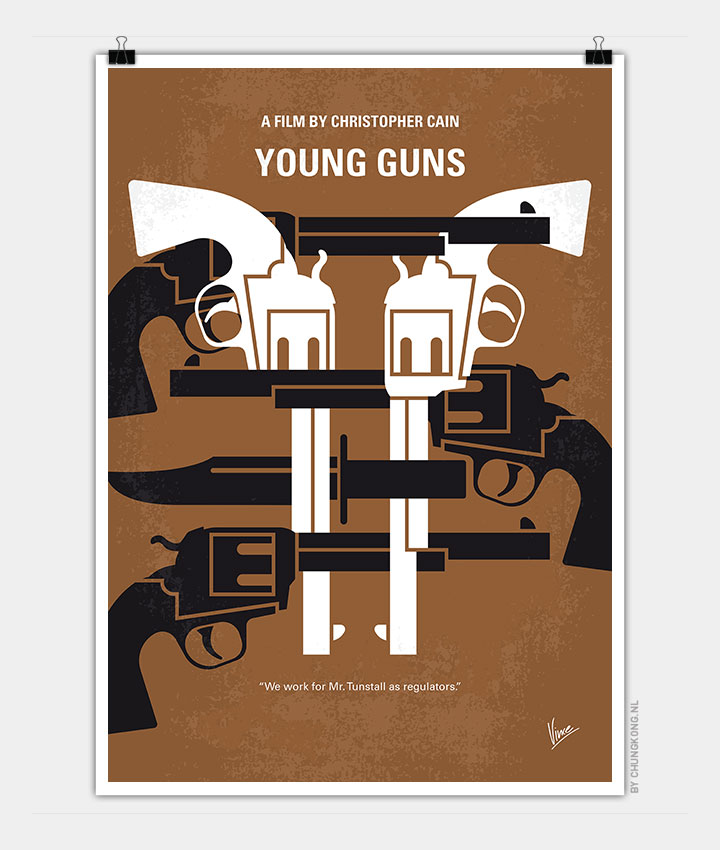 A group of young gunmen, led by Billy the Kid, become deputies to avenge the murder of the rancher who became their benefactor. But when Billy takes their authority too far, they become the hunted.

Storyline
1878 in New Mexico: John Tunstall picks up young gun men from the road to have them work on his ranch, but also to teach them reading and to civilize them. However he’s a thorn in the side of the rich rancher Murphy, as he’s a competitor in selling cattle. One day he’s shot by Murphy’s men. Judge Wilson can’t do anything, since Sheriff Brady is one of Murphy’s men. But attorney Alex persuades him to constitute Tunstall’s young friends to Deputies and give them warrants of arrest for the murderers. Instead of arresting them, William Bonney just shoots them down. Soon the 5 guys become famous and William gets the name “Billie the Kid” – but they’re also chased by dozens of Murphy’s men and the army. The people however honor him as fighter for justice.