No923 My The Tailor of Panama minimal movie poster 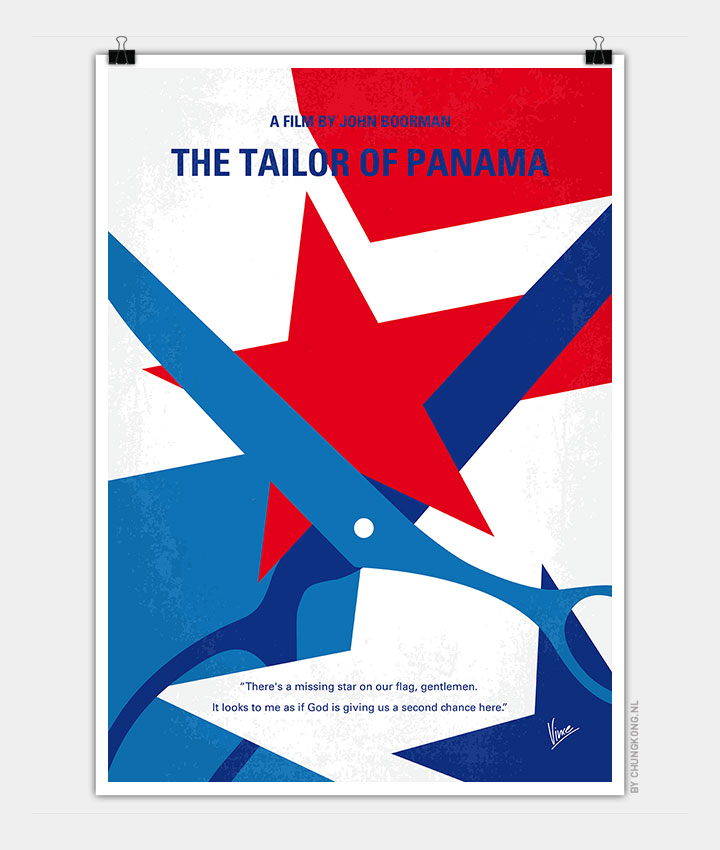 A tailor living in Panama reluctantly becomes a spy for a British Agent.

Storyline
John LeCarre’s spy thriller is brought to the big screen. A British spy is banished to Panama after having an affair with an ambassador’s mistress. Once there he makes connection with a local tailor with a criminal past and connections to all of the top political and gangster figures in Panama. The tailor also has a wife, who works for the canal administrator, and a huge debt. The spy’s mission is to learn what the President intends to do with the Panama Canal, but he’s really in business for himself, blackmailing the tailor into spinning a fantastic tale about the canal being sold to China and former mercenaries ready to topple the current government.