No925 My The Rum Diary minimal movie poster 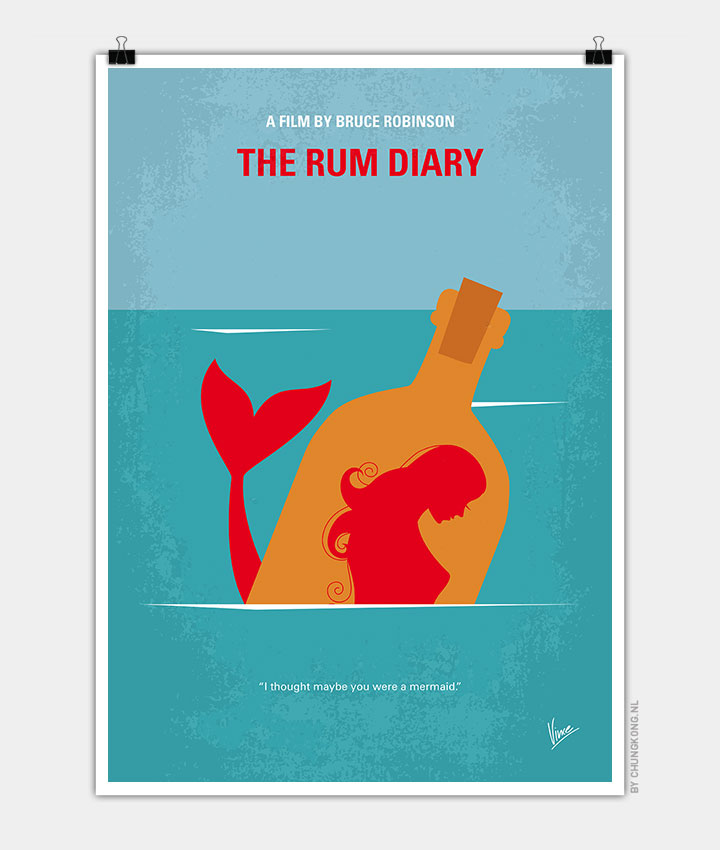 American journalist Paul Kemp takes on a freelance job in Puerto Rico for a local newspaper during the 1960s and struggles to find a balance between island culture and the expatriates who live there.

Storyline
Hard-drinking journalist Paul Kemp takes a job at a besieged newspaper in San Juan, Puerto Rico. His volatile editor, Lotterman, assigns him to tourist pieces and horoscopes, but promises more. Paul rooms with Sala, an aging and equally alcoholic reporter, in a rundown flat. Sanderson, a wealthy entrepreneur, hires Paul to flack for a group of investors who plan to buy an island near the capital and build a resort. Sanderson’s girl-friend, the beguiling Chenault, bats her eyes at Paul. His loyalties face challenges when he and Sala get in trouble with locals, when a Carnival dance enrages Sanderson, and when the paper hits the skids. Is the solution always alcohol?